Kingdom Hearts 3 remains one of the highly anticipated releases from Square-Enix, with fans dying to find out when the KH3 release date is but so far – it remains a complete mystery.

Having said that, Square-Enix have sent out an interesting teaser this week telling the world that they still have one more ‘surprise’ to show in 2015 involving a JRPG.

The exact quote used by company president Yosuke Madsuda was: “Starting with Final Fantasy XV, we’ll be putting out news for Japanese RPGS. I think we’ll have a little surprise, too…a JRPG for home game machines.”

What could Square-Enix possibly mean by this surprise? We already have Dragon Quest Heroes, Final Fantasy XV, Final Fantasy Type 0 HD and Kingdom Hearts 3 as the existing JRPGS either in development or released at the moment. 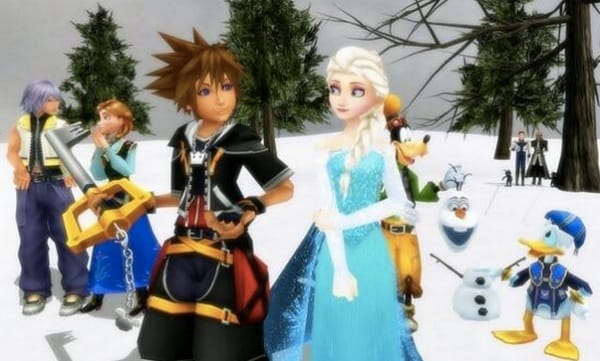 Are Square-Enix talking about a brand new JPRG announcement, or something related to one of the games listed above? It goes without saying that all fans would love for this surprise to be connected to Kingdom Hearts 3 in some way.

Our dream scenario: Final Fantasy XV gets a Christmas release date in 2015 and comes shipped with a playable Kingdom Hearts 3 demo, which in itself will be available in Spring 2016.

That would be the perfect scenario for us personally, so what about everyone else? Would you want to see a KH3 demo packaged with Final Fantasy XV, similar to what we just had with the launch of Type 0 HD?

Let us know what you would want to see and any ideas or theories that you may have about the ‘surprise’ Square-Enix has for us.