The only problem is that the KH3 new footage was shown behind closed doors and so far has yet to be revealed publicly.

Now though, we can see that the very first glimpse of this secret trailer has been shown thanks to a Japanese TV programme called DLife.

It is extremely brief, but there is a tiny segment showing brand new unseen gameplay for Kingdom Hearts 3 which is surely worth sharing. 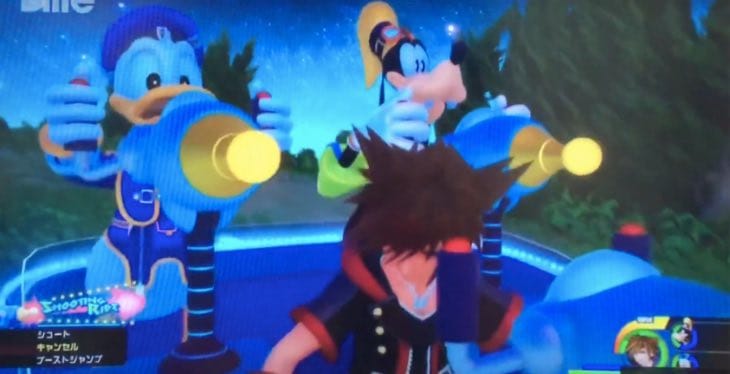 We’re not sure why this tiny clip has found its way into this Japanese TV airing, but we’re sure fans won’t mind one bit.

In the footage, you can see Mickey holding a keyblade, a shooting game when wearing some virtual glasses and a scene with Sora, Goofy and Donald inside a Shooting Ride cart.

Hopefully the release of this footage will mean that Square-Enix are now ready to show the full length Kingdom Hearts 3 D23 2015 trailer gameplay very soon.

For now though, enough this very brief tease of the game at the end of the video below and let us know what you spot that is worth discussing.