If you still had any hopes that the recently announced Kingdom Hearts HD 2.8 Final Chapter Prologue was heading to Xbox One, we have some more comments from Tetsuya Nomura to suggest that the game is only destined for PS4.

The main reason for this, is due to Kingdom Hearts 0.2 Birth By Sleep A Fragmentory Passage which Nomura has now said is being built using ‘Kingdom Hearts 3 technology’ – according to the latest issue of Japanese publication Famitsu.

That means that PS3 owners won’t get to experience it too, with the complete package only being announced for PS4.

Given the fact that Kingdom Hearts 0.2 Birth By Sleep is a prequel to the events of Kingdom Hearts 3 though, is it still perhaps a little odd that Xbox One owners won’t be able to enjoy it? 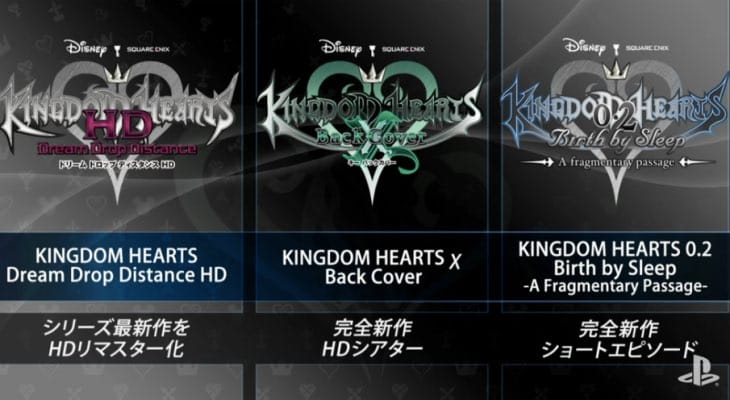 Kingdom Hearts 3 is coming to Xbox One after all and at the current state it looks like Xbox owners won’t get to enjoy this introduction to the KH3 story by playing Kingdom Hearts HD 2.8 0.2 Birth by Sleep.

There’s no release date attached to Final Chapter Prologue yet, but at this point the Kingdom Hearts 2.8 Xbox One release date hopes are definitely fading.

As an Xbox One owner who is planning to buy Kingdom Hearts 3, give us your thoughts on this below.