Today has been a good day in terms of Xbox 360 hardware news, earlier official prices were revealed for Kinect for Xbox 360 and the upcoming 4GB Xbox 360 console, now we are hearing details of a bundle in which you get both the 4GB console and Kinect.

This bundle is called the Kinect Holiday Bundle (scroll down to see the official retail packaging), this bundle consists off the Kinect sensor, Kinect Adventures and the 4GB Xbox 360 console, all of this will set you back just £299.99.

If you were to buy all of the contents in the Kinect Holiday bundle separately it would set you back near on $400 (console $199.99, Kinect $149.99 and Kinect Adventures $49.99), therefore the bundle is well-worth buying.

This pricing in my opinion is extremely good value for money, however it has put me in an awkward situation, should I buy the new slim console now and Kinect in November, or should I make do with my fat Xbox 360 until the bundle launches? I think I may wait.

Do you think that the Kinect Holiday Bundle is priced fairly? 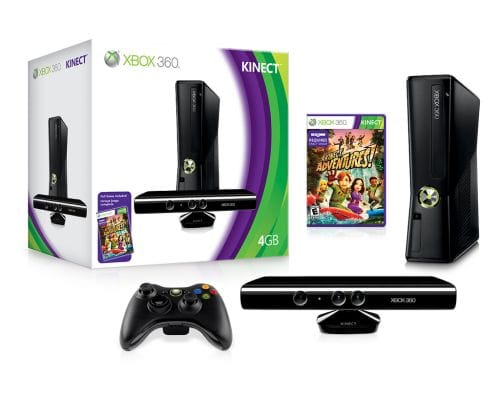