This game is another resource grinder, or in simple terms free to download but with plenty of reasons to spend real cash to progress quicker. It’s the standard format for many apps today, but we can see that this one in particular is attempting to offer free goodies in exchange for some manual labor.

This manual labor requires players to download other apps and offers, with the reward being free K stars for the Kim Kardashian app. The big problem here though, is that it looks like these offers are not rewarding stars at all.

You can imagine how frustrating and time consuming this can be, only to be given no reward for it at the end after painstakingly following steps all for some extra stars. 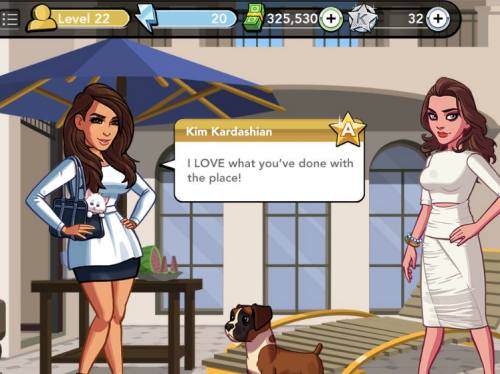 Here is what some users have been saying in relation to this problem:

“Free Stars? That’s a lie. I’ve downloaded many apps, signed up for useless stuff to receive free stars. I only received the stars for one app, 10 stars to be exact. Where are my 300 stars from all the other apps? Don’t tell us wr can get free stars & not follow through.”

That is just one example of hundreds of similar complaints that we have read through. We all know that the creators of this app are making a fair dime from downloads but they need to fix this free offer feature if they want to avoid a severe backlash.

Have you installed this app and have experienced similar problems? Let us know if you are also missing free K stars after installing countless offers with no reward.