To kick off the inevitable comparisons that are going to be splattered all over the internet, we’re going to get the ball rolling by asking PS3 users if you think the recently released Killzone 3 game is better or worse than stable FPS Call of Duty: Black Ops.

We realise that the game has only just been released in the US, and isn’t even out in the UK until Friday, but we also know that many of you still find a way to pick up games days, sometimes weeks before their intended ship date.

With this in mind, what are your immediate thoughts on what Killzone 3 has to offer? Have you made the decision to start with campaign mode, or have you gone straight into action on Guerilla’s multiplayer servers? 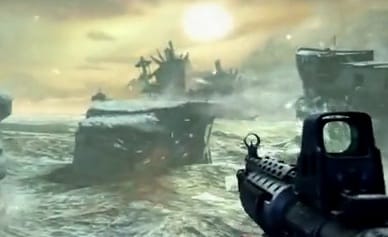 A word of caution though, the campaign mode of Killzone 3 is meant to be one of the weak points of the game, as an article we’ve picked out over at MTV Multiplayer believes that the campaign is a good enough reason ‘not to buy the game’ – pretty harsh you may think.

If you have already sampled multiplayer mode, does it beat Call of Duty easily, or is it not quite up to scratch in your opinion? We’ll created a poll below for you to have your say on this – we’ll be posting the results at a later stage.