If you’ve been waiting patiently for news to arrive on when exactly the much-anticipated Killzone 3 game would be arriving in stores, then you’re in luck. Guerrilla Games has just confirmed that the first-person shooter has gone gold and is due to be launched in February.

According to Paul Lloyd over at realgamer.net, the PlayStation 3-exclusive will arrive in North American stores on February 22nd, while UK gamers get the game a few days later on February 25th. Killzone 3 is said to pick up exactly where the Killzone 2 title finished off. 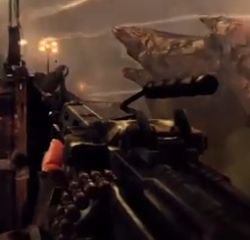 Players return to the role of ISA Sgt. “Sev” Sevchenko, where they and their fellow ISA veterans find themselves isolated and outnumbered following the events of the second game. Killzone 3 has brand new enemies to contend with, as well as new threats and new environments.

The third title in the series features support for both the PlayStation Move controller and 3D. There appears to be more good news for Killzone fans as well, as a brand new trailer has just been released by Sony. As Brett Molina at usatoday.com reports, it shows off a bit of the game’s storyline.