For those of you who might want a new PS3 and a copy of the upcoming Killzone 3, some bundles have been spotted. These bundles have not been officially announced yet, but have appeared on retailer’s websites.

According to Adam Hartley of TechRadar both Amazon US, and Amazon France have listed the PlayStation 3 Killzone 3 bundles on their websites. In the US you can get hold of a 160GB PS3 bundle for $299, while the French site is offering the 320GB bundle for 348 Euro’s. At the time of writing Amazon UK has no listing for any similar Killzone 3 bundle.

The game is due for release on February 22 in the US and three days later in the UK. Meanwhile a report in an article over at Attack of the Fanboy, is saying any development Sony were doing on the next generation of PlayStation may be put on hold. Rumors on a Japanese website suggest Sony want to increase the life of the PS3 via firmware updates, 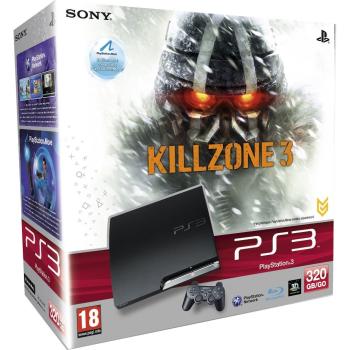 The target lifespan for the current console is said to be ten years, meaning we are almost half way through. Developers like THQ have recently stated they are in no rush for a fourth generation PlayStation, and with the PS3 finally beginning to make returns for Sony it makes no sense rushing out another version.