A couple of days ago we brought you a brand new Killzone 3 multiplayer trailer, which contained gameplay footage taken from the Bilgarsk Boulevard map. Now it appears that SCEE has just released yet another multiplayer trailer, containing footage from one of the other maps.

According to Patrick Garratt over at vg247.com, the latest multiplayer trailer shows off the Kaznan Jungle map. Players will get the choice of eight multiplayer maps in Killzone 3, including Corinth Highway, Frozen Dam, Pyrrhus Crater, Akmir Snowdrift, Turbine Concourse SE-6 and Mawlr Graveyard.

As Mike Jackson from the computerandvideogames.com website reports, the Kaznan Jungle map appears to feature an open area up the top, with plenty of underpasses and tunnels below. Mike also noted that the shotgun used within the trailer seems quite effective even at medium range. 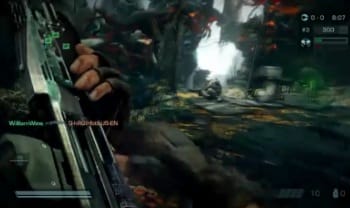 Besides releasing the new trailer, Sony also revealed that they will be releasing a single-player demo for Killzone 3, which is due to arrive on February 9th. We’ve already seen trailers for two of the multiplayer maps, so do you think we’ll see any more trailers released before then?