It looks like Guerrilla Games have been really generous when it comes to releasing details on their upcoming first-person shooter Killzone 3. Not only have they revealed information on the multiplayer maps recently, but they’ve also announced the list of weapons that will be included in the game.

Now it appears that Killzone fans have a new gameplay trailer to enjoy. According to a recent post by Heinreich over at justpushstart.com, both Guerrilla Games and Sony Computer Entertainment have just released a brand new multiplayer killstreak trailer for the much-anticipated title.

I don’t know what you guys think, but the game does look pretty awesome judging by the footage shown. You can check out the trailer for yourself below this post. Killzone 3 will be arriving exclusively for the PlayStation 3 on February 22nd, so we really haven’t got too much of a wait. 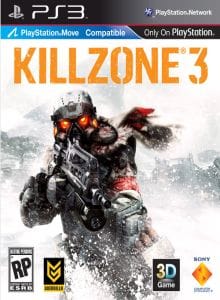 The good news doesn’t just stop at the trailer either. As from February 2nd, everyone with a PlayStation 3 console will be able to try out the multiplayer beta of Killzone 3. As Brett Molina over at usatoday.com (via the official PS Blog) reports, the open beta will end on February 14th.