We have a real treat for those of you planning to buy Killzone 3 on the PlayStation 3 next month, as the developers for the game have just posted an entire list of what weapons will be featured in the game, complete with individual information on each one.

As expected, there are lots of weapons to choose from, with a healthy list of sub-machine guns, assault rifles, shotguns, sniper rifles and rocket launchers. The StA-X6 Jetpack is also listed there, as well as a couple of sentry turrets which will be available for Engineers depending on which faction you choose to be.

For those of you who choose the Helghast class, there will be a StA-62 Minigun waiting for you. While its main function is for use during stationary mode, the Sta-62 can also be dismounted and carried around – we can imagine the fun you’re gonna have with this one. Obviously, it will slow you down though during use, so proceed with caution.

Don’t forget you’ll also get vehicles to play around with in Killzone 3. One of the new addtions is the LS209 Exoskeleton, which comes equipped with a heavy machine gun and rocket launcher – District 9 style. 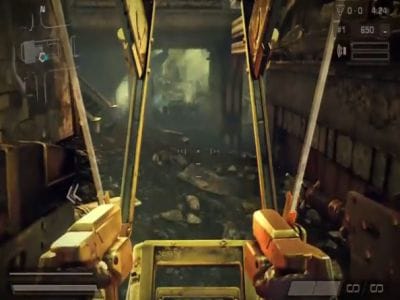 This looks like the full list to us, but Guerilla may have a few more surprises in store. Head to the PS Blog here to view the full list of weapons and their descriptions. Have a read through and let us know your opinions on the choices. Are you satisfied with their list, or were you hoping for some more weapons / vehicles.