We have some great news now for those of you who are waiting for the much-anticipated Killzone 3 game to arrive, as the developer Guerrilla Games has just revealed details for all the multiplayer maps that will be featured in the upcoming first-person shooter.

As Damian Antony Seeto over at justpushstart.com recently reported, Killzone 3 will feature a total of 8 multiplayer maps, but only one of them will allow players to use the jetpack. Damian also noted that the maximum number of players in a match has now been reduced to 24. 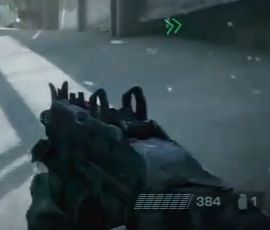 Although many gamers are probably satisfied with the amount of multiplayer maps that will be included in Killzone 3, it appears that others are a little disappointed. In fact, according to jbl316 over at captainstarball.com, some fans think that there should have been more.

Do you think 8 multiplayer maps is sufficient, or should there have been a few more? We’d be interested in hearing your thoughts on this.