We have some exciting news to bring you thanks to a report at Eurogamer, following a technical presentation of Killzone 3. The information they discovered, was that the Director of Production of the game Arjan Brussee, had revealed Killzone 3 would use 100% of the power available in the GPU. This compared to Killzone 2 which only used 60% of available power, is what makes this so exciting. You can read what else they found in their full report here.

With this news being revealed, it allows us to understand why the game is exclusive to Sony PS3. But what if it wasn’t, would the Xbox 360 be able to cope with this type of graphical power? This evidence suggests otherwise.

Arguments over which console is better have been ongoing since the first release of the Sony PlayStation 3, back in 2006. Technically there isn’t much between the two as we found out thanks to a full breakdown comparison provided by IGN. They compared both the latest models from the two brands. 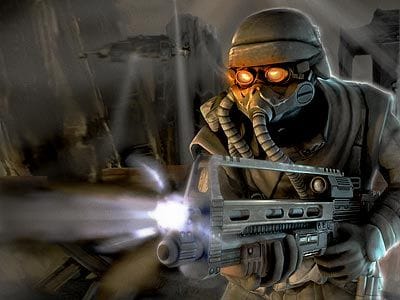 Their comparison was broken down into categories, such as HDD, GPU and CPU. The aim was to find out which had the best technical specs. You can read here what their conclusions were. Also you may want to check out the video at the bottom of the screen comparing both consoles by their CPUs.

What are your thoughts on Killzone 3? Which console is best in your eyes? Share with us what you think.