Following on from the confirmation of a split-screen multiplayer mode for Killzone 3, we now have a further treat for you, as we have 10 minutes of off-screen campaign footage for you to enjoy.

As reported from VG247, we’re not sure where the footage has surfaced from, but obviously a source close to Guerilla has uploaded this to YouTube. It took get taken down at any minute, so watch it while you can.

The video shows a rather long, and pretty epic boss battle, in which players will have to work out how to bring the large mechnical beast down, instead of just uploading entire clips into it’s armour. Interestingly, you’ll see ‘preview code’ at the top of the video, suggesting that this has come straight from Guerilla HQ and isn’t really intended for public viewing – another reason to view it asap.

While the video quality isn’t amazing, the visuals are looking pretty nice, although the game does look like much of the same, for those of you who played through the excellent Killzone 2. It looks like this machine is called the MAWLR, and you can see the battle unfold by watching the clip below. 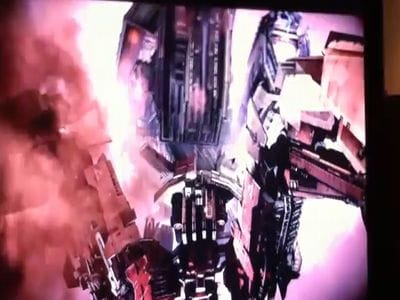 How many of you are planning to get Killzone 3 next year? Don’t forget that Crysis 2 is due out at a similar time to Killzone 3 – will you get both or just one of these two games?