Some of you may remember the article we brought you a couple of months ago, detailing the special Helghast Edition of the upcoming Killzone 3 game. Following on from that article, it now appears that Guerrilla Games has announced that European gamers will be getting a choice of 2 collector’s editions.

According to Ray Conley over at playstationlifestyle.net, the first of the two will be the basic Collector’s Edition, which comes complete with “SteelBook” packaging, a dynamic XMB theme, a Retro Map Pack that will enable players to revisit 2 Killzone 2 battlefields and a voucher code.

The voucher code can be redeemed over the PlayStation Network, to enable you to download the full soundtrack for the Killzone 3 game. If you pre-order the Collector’s Edition at certain retailers, you will receive extra goodies such as another voucher code to give you an added bonus. 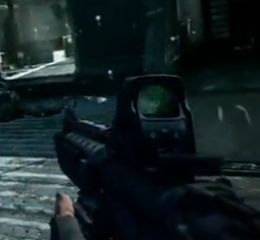 This could either be the Guerilla Pack, which allows you to unlock all the abilities and weapons within the first 24 hours of multiplayer, the Fast Starter Pack (enabling you to rank up quicker) or the Unlock & Load Pack, which gives you 3 unlock points to use on the ability or weapon of your choice.

On the other hand, you could just go for the previously mentioned Helghast Pack, which also includes a replica of a Helghast helmet, a 100-page art book and an action figure of the “cloaking” marksman. What collector’s edition do you think you will choose when the game is released next year?