Kiplinger’s Personal Finance has voted both the 2011 Kia Optima and Sportage “Best New Model”, which is considered to be a great honor. The Optima won the title in the category $25,000-$30,000, while the Sportage was named the best new crossover. This does show how far the auto brand has come, going back just a few years they were made fun of, but not anymore.

The transformation of the company has certainly had a huge impact on the designs of these new Kia vehicles — have to wonder what is next for them? DailyFinance mentions that winning awards like this must give the company more confidence, and they are on to something there. Whenever you ask consumers what Asian vehicle would they like, chances are it will be a Toyota, Honda or Nissan — soon the next answer will be a Kia.

This is not the first award that the 2011 Kia Optima and Sportage has won, back in December they won the 2011 iF product design awards. Car Pages say that the judging panel were impressed with how eco-friendly, innovative, and also the quality of the workmanship on both models. 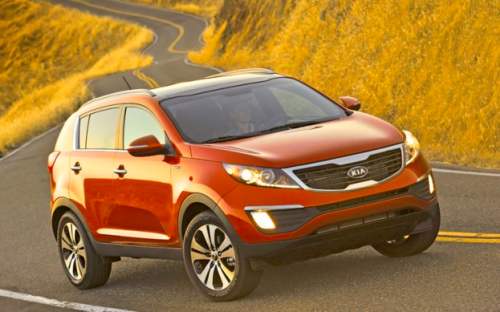 The 2011 Kia Optima is a medium size sedan and comes with a streamlined body, and offers a choice of either a standard gas engine, turbo and hybrid. There are three trims that you can choose from, these are the LX, EX and SX.

The 2011 Kia Sportage is a CUV and gives you the feeling of safety, which is important if you have a family. If you thought that this model was exciting then wait until the Sportage SX is launched later this year, there will be more power from the engine, but expect to pay a few more dollars for the privilege.

Has your perspective changed on the new range of Kia models?