Having already looked at Kia’s plans for its self-driving vehicles, the carmaker has also been discussing the Niro Hybrid Utility Vehicle (HUV). This will be a new concept for Kia, one that will help shape a new range of models for the South Korean company.

We’re told that not only will this vehicle help maintain what we love about the SUV platform, but also offer increased fuel economy. The Kia Niro Hybrid Utility production is due to begin in late 2016, and will be part of Kia’s push to improve average fuel efficiency in all of its models by at least 25 percent over the next few years, which started in 2014, with a completion date said to be by 2020. 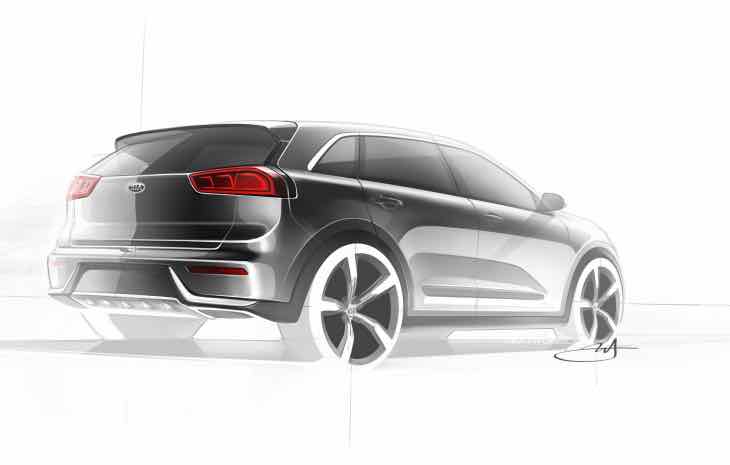 This new model is to be engineered from the ground up, and so will not feel like one of its other models adapted to make use of a different design. You can see from the sketches that its styling is attractive, yet modern, so unlike many other compact SUVs currently on the market.

We do look forward to this class-leading fuel economy, as Kia aims for a figure in the sub-90 g/km CO2 level, which will be very impressive for such a large vehicle. It’s not yet known when the new Kia Niro Hybrid Utility Vehicle will be unveiled, although we do know it will be at one of the big 2016 Auto Shows – but which one is a mystery at this time.