With just a few days to go before the 2014 Detroit Auto Show opens its doors to the press, and car manufacturers have been teasing us with what they will have to offer at the event. As always there will be a range of new concepts at the show, and the KIA GT4 Stinger is one such model.

We have already seen the South Korean company tease us with a few images, and just yesterday they thought it would be a good idea to give us a better idea of what the KIA GT4 Stinger exterior will look like ahead of the Detroit Auto Show.

In the past KIA has been accused of not being that great when it comes to producing a hot sports car, but this concept will make you think again. Okay, so we know that changes will be made along the way from concept to production, but if the GT4 Stinger was to retain around 70 percent of its design, then KIA could be onto a winner. 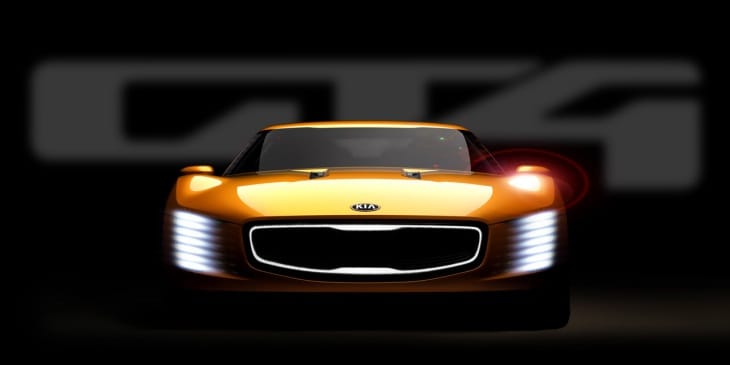 There are several design features that make the KIA GT4 Stinger stand out, such as the chunky C-pillars, its small back window and a muscular rear end, along with vents in the hood that makes it look like a dragon about to spew fire from its nostrils.

Possible KIA GT4 Stinger power from limited specs — While we don’t have much information to go on, KIA has hinted that their new sports car could offer a 2.0-liter turbocharged engine, which should produce around 315 horsepower.

By early next week we should have more details on the KIA GT4 Stinger.