When the first bout of smartwatches were released they were more of a gimmick to test the waters, and this was evident in their design. However, now that the likes of LG knows what its customers want they are able to try out different designs, although we are sure the impending release of the Apple Watch has also forced some smartwatch makers to rush out newer models.

One new model in question is the LG Watch Urbane and you will see from the images that this is less of a gimmick and more of a luxury item. This device makes up part of the new Android Wear smartwatch products, which we should see showcased at MWC 2015 next month.

Before we take a look at the key LG Watch Urbane specs we want to look more at its design, as this is what many of you will find more interesting. We can clearly see that it has the looks of a luxury timepiece, although hidden inside is the latest in technology to make it the ultimate smartwatch. 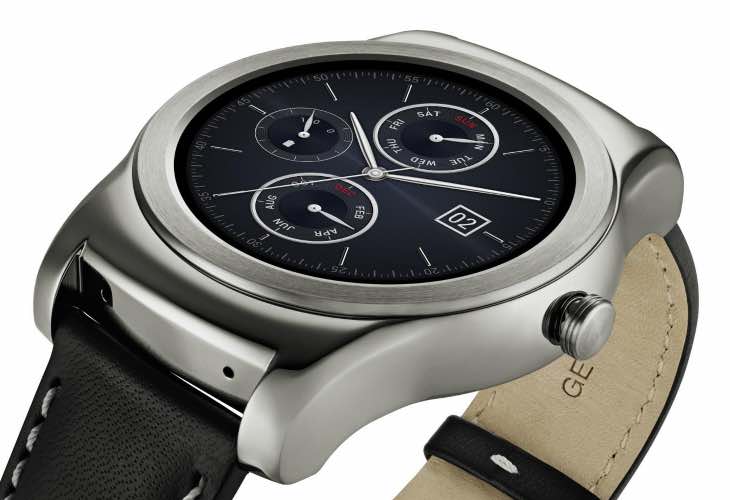 We know that the most recent watch from LG was its G Watch R, although this had more of a focus for those that lived an active life. The Urbane will go about things very differently, as it will be something for those formal occasions thanks to its classic look. We really do love its design, just hope it can deliver.

As for those key LG Watch Urbane specification, you will get a 1.3-inch P-OLED Display, which hides a 1.2GHz Qualcomm Snapdragon 400, Android Wear OS, 4GB of storage and 512MB of RAM, as well as a 410mAh battery, several sensors, dust and water resistant and come in a choice of silver or gold.

While these specs have been disclosed, LG has been less forthcoming with the price and also the release date. However, we only have less than two weeks to learn those facts. For more details on this watch head over to the LG News Room.