At this time of the year you have the constant struggle in the morning with your windows, because the cold air from the outside meets with the warm air from your home, which leads to condensation. There are some of you out there that try to wipe windows with cloths to try to clean and dry it up, but this is not the best solution.

However, there are better ways, one if which is the KARCHER WV2 Window Vacuum Cleaner. We already reviewed the first generation model four years ago, and while there were on or two issues, the product did do as advertised. While improvements have been made to this second generation model, it is still not without its issues, which we will get to in a moment. 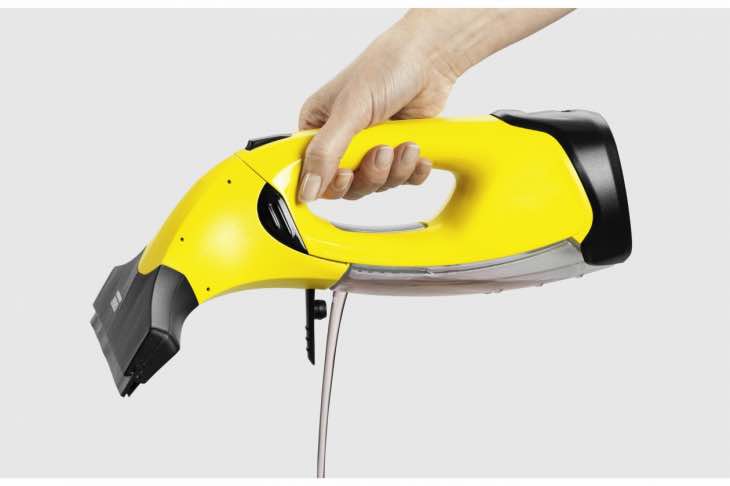 First of all we want to talk about the KARCHER WV2 price, as Curry’s currently has this as their Deal of the Day for December 16, 2016. The price you pay today is just £30, marked down from £55, so a saving of £25. Looking over some of the other deals from the past few days, you might not need to rush as they suggest, as we can still see products from a few days ago still selling for the Deal of the Day low price.

You don’t have to use the WV2 just for cleaning windows, as you can also use it the clean there shower screen, the tiles in the bathroom and so much more. The rubber blade helps to remove the condensation, while the low-power vacuum helps to collect it up and suck it into the water collection tank.

There is not really much more to this product, although it’s worth noting that a full charge will give you around 25 minutes of use.

In terms of a KARCHER WV2 Window Vacuum Cleaner review, we do have some concern because some owners have been offering a warning after suffering from a few minor issues.

Looking over some of the user reviews on the Currys product page we can see that some people have been having a few issues, such as water leaking from the container when it an angle, to some people having charging issues. Other people point out how awkward it is to manoeuvre it, along with the on/off switch being in a funny position.