We have another piece of exciting Summer transfer news to bring all FIFA fans now, and this week it involves Leicester City champion N’golo Kante who could be moving to Chelsea FC in a shock transfer.

The rumored price that is being paraded on social media at the moment is £29 million which is pretty staggering for a player that most never heard of 12 months ago.

Either way, if this transfer goes through it is going to have some serious repercussions in terms of FIFA 17 player ratings. 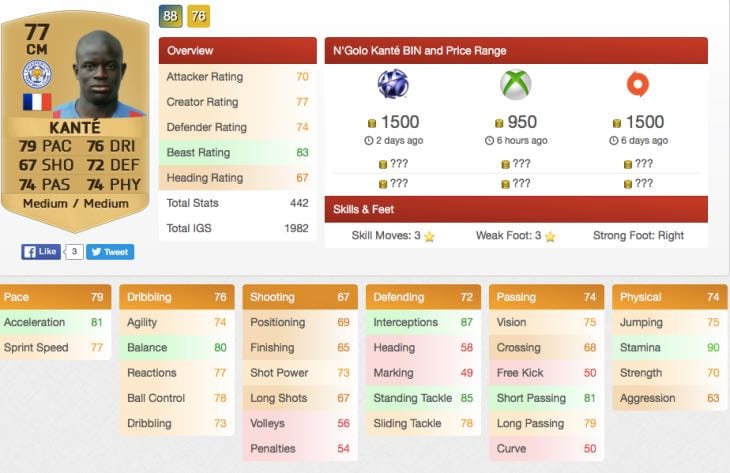 On FUT 16, Kante is a 77 rated player which is already a +1 which EA gave the player during the winter upgrades. He then earned himself a stunning 88 TOTS card, which means that he is in line for a hefty upgrade when FIFA 17 is out.

According to one prediction video below which already shows Kante in a Chelsea FC shirt, he is going to have an 81 rare gold rating which would be impressive if true.

Will EA give Kante a +4, or do you think it should go even higher? Give us your thoughts on this transfer and tell us which other players you are keeping your eye on in relation to FIFA 17 transfers.