If you own a copy of the Just Dance 2 game for the Nintendo Wii console, then you’ll know that it’s already got some pretty neat tracks including Rihanna’s “S.O.S.,” Avril Lavigne’s “Girlfriend,” Ke$ha’s “Tik Tok” and “When I Grow Up” by the Pussycat Dolls.

However, it now appears that the track list has just got that little bit longer. According to an article by Thomas Worthington over at gamerzines.com, Ubisoft has recently released new DLC onto the Wii Shop Channel, giving gamers another 5 songs to choose from. 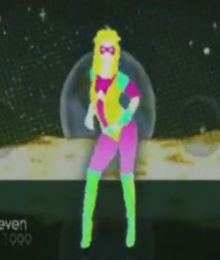 The new tracks that are now available to download include Panic at the Disco’s “Nine in the Afternoon,” “Mambo No.5” by Lou Bega, Carl Douglas’ “Kung Fu Fighting” (Dave Ruffy/Mark Wallis Remix), “Chicken Payback” by A Band of Bees and Tom Jones’ “It’s Not Unusual.”

Ubisoft has also released Santa Clones’ “Crazy Christmas” as a free download, which is available from now until December 27th. As reported over at gamasutra.com, the recent tracks join the other songs that are already available to download, such as Katy Perry’s “Firework.”

What do you think of the new tracks that are now available to download?