If you have been waiting for the ultimate Just Cause 3 preview and want to purchase this game on PC, Xbox One, or PS4, then November is your month. This is thanks to Game Informer and news about their preview running throughout this month.

It might have been around 4 years since the previous title in this franchise, but since then we now have a new generation of consoles to help deliver something truly special for both PC and the latest generation of console. Hit the link below to see some video footage and Gameinformer’s full cover spread for their magazine. 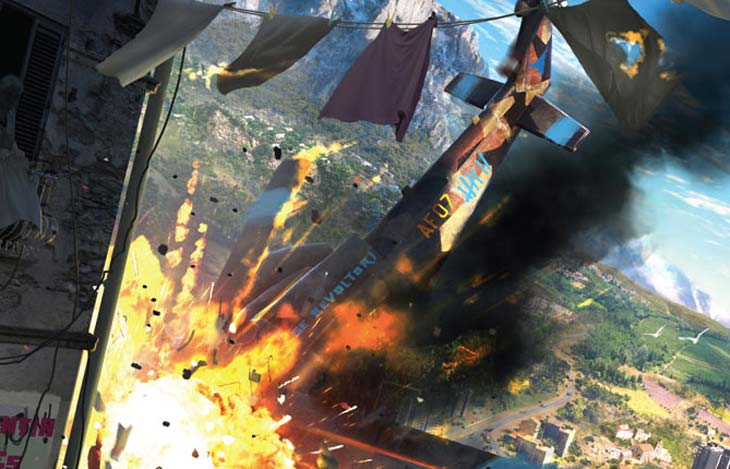 In a nutshell, players loved the massive open world set in over 400 square miles and in Just Cause 3 they will be able to do much of the same, but on a whole new level. You’ll find the grapple and parachute, but the mechanics have been “vastly improved”.

Gameinformer’s preview comes after being hands-on and not just for around half an hour, but “several hours” of hands-on time. This included playing with the all-new wing suit and smooth gameplay way beyond what players knew in Just Cause 2. You can learn more about the preview and exclusive cover story in digital form on gameinformer.com.

We have embedded the Just Cause 3 coverage trailer from Game Informer below.