Everyone is talking about Jurassic World Evolution, the new dinosaur building simulation game that was announced recently at GamesCom 2017.

For those that are going to ask the question on is Jurassic World Evolution coming out on Nintendo Switch, straight away we have some disappointing news to bring you on this subject.

The game was announced for PS4, Xbox One and PC only. You can see the trailer below but there’s no mention that it is coming to Nintendo Switch, which is going to be a blow for those fans who have just bought the console. 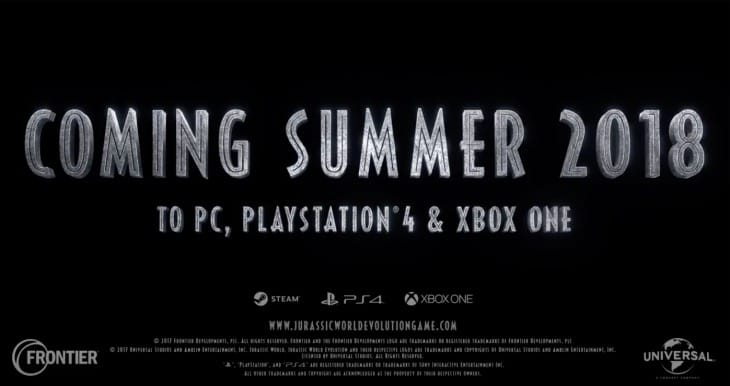 Are we now seeing the same situation unfold as the Wii U in that Switch owners are only buying their console to play Mario Kart and Zelda? This dinosaur theme park game looks amazing, but why would it not be coming to the Nintendo Switch if it is not as graphically intensive as say Call of Duty?

Switch owners are already mad over the fact that Call of Duty WW2 won’t be coming either so this is just a further low blow.

Watch the stunning trailer below and let us know your thoughts on this as a Switch owner. Are you unhappy that the same thing appears to be happening and third party games are basically a no go?