Attention all Jurassic Park fans now as this week has been a big week for anyone who has been waiting for news on the highly anticipated Jurassic World Evolution release date.

A pre-order trailer has been released for the game, along with a final release of June 12 which will be on PS4, Xbox One and PC.

The game is being developed by Frontier Games, who are the same team behind Rollercoaster Tycoon 3 and Zoo Tycoon.

Aside from the official pre-order trailer, we also have 45 minutes of exclusive footage to bring you as well thanks to Screenrant. 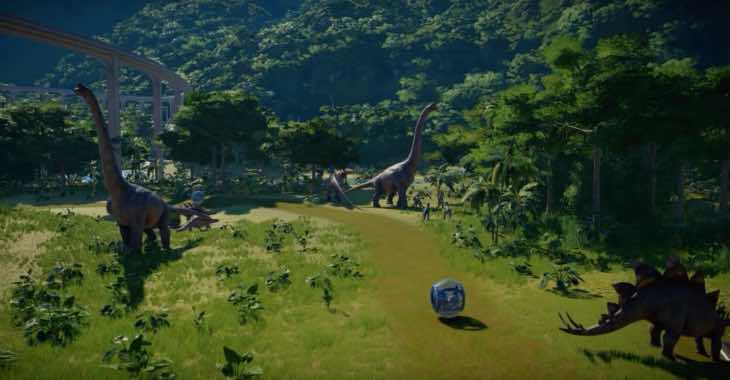 This new gameplay also reveals that Jeff Goldblum has signed on to play the role of Ian Malcolm as you will hear during the initial tutorial stages of the game shown below.

Check out the new footage below and pre-order the game here on PS4 and here on Xbox One if you want to buy it now. Are you looking forward to Jurassic World evolution based on what you have seen?