It’s now June 30, 2015 and no doubt football fans will be eager to know what the transfer news will be today, although some of it will be more rumors than anything. We already learned earlier today that Sergio Ramos could transfer to Manchester United, and we looked at the reaction from FIFA 15 players.

We already know that Firmino looks set for Liverpool, as does Kovacic, although we are now waiting for the rumors to kick off today, which they already have, and you will be able to see them via the SportFusion Football Transfer News & Rumours app for Android and iOS. In the latest version you will now be able to block any source you do not like, although we can see that more is to come with the next update – whenever that will be? The list of improvements will include landscape mode and In app purchase for removing ads. 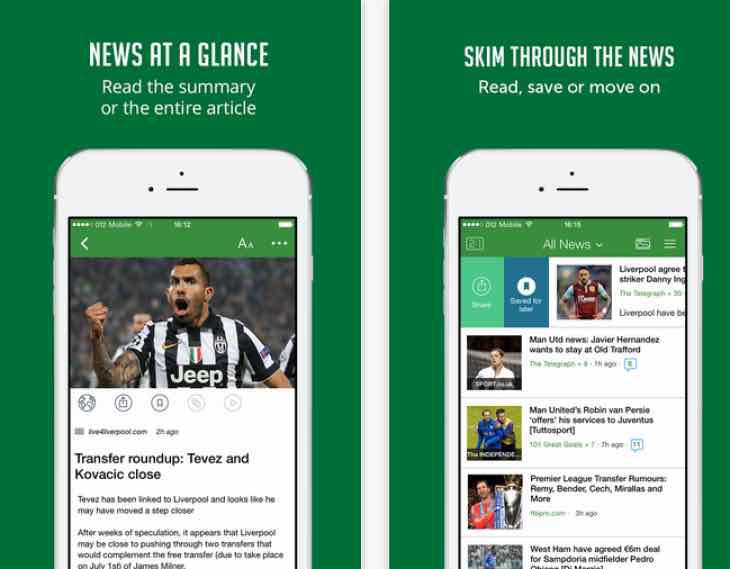 When you download and install this app you will notice that the latest football transfer rumors have been gathered from multiple sources, and so might be delayed, although not by much. We can already see today’s football transfer news suggesting that Emmanuel Adebayor could be heading to Aston Villa, Sergio Ramos still looking to go to Manchester United, Ludwig Augustinsson is on Liverpool’s shortlist and so is Christian Benteke .

The app has also updated its users that Lucas Vazquez is almost on the verge of signing for Real Mandrid, and Everton has registered their interest in Sam Byram.

Much of what we are reading in this app is mere speculation, just as it is on the likes of the Sky Sports app, and so we have to take these rumors at face value, just until the clubs make the transfer news official.