We have some great news for Xbox One and Xbox 360 owners now, as Microsoft has now confirmed the official Xbox Games with Gold July 2015 free games list on Xbox 360 and Xbox One.

That’s not all though. Microsoft has also announced that in celebration of two years of Games with Gold, Xbox One owners will now be receiving two games a month – every month permanently, which is fantastic. 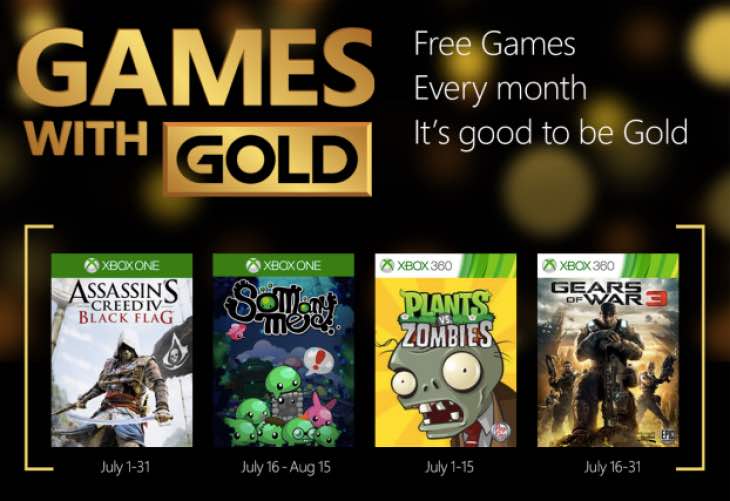 As a result, So Many Me will also be available on Xbox One while Xbox 360 gamers will be getting Plants Vs Zombies in addition to Gears of War 3.

The games will be going live starting from July 1 as normal. Assassin’s Creed 4 Black Flag will be available the entire month, while Gears of War 3 becomes available during the middle of July.

Are you satisfied with the list for next month? Everyone has been asking for more AAA games and now Microsoft is handing it to you on a plate – Black Flag remains a great game if you have never played it before.

Over to you Sony.