Earlier this week we spoke about the fact that EA has yet to put Martin Odegaard into Real Madrid’s squad on FIFA 15 FUT, despite the player having made an official move in the transfer window.

Now, we wanted to speak about another player that has seemingly been forgotten about – rising Liverpool FC star Jordon Ibe.

If you have been following this player closely in recent months, you’ll know that he went on loan to Championship side Derby County.

EA acknowledged this by transferring his FUT card over to Derby Country. However, Liverpool has now recalled the player as of the January transfer window and he has been playing for Liverpool’s first team for a number of weeks. 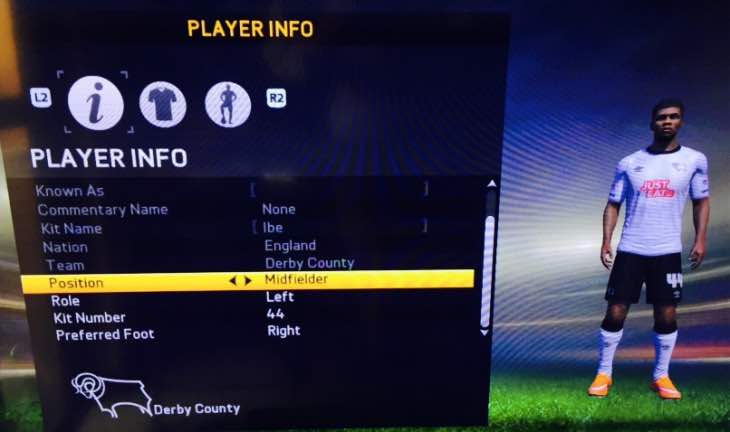 He’s had a great impact on the team as well and is now the subject of talk all over social media. EA are usually so efficient when it comes to player transfers, so it’s strange to see that Jordon Ibe is still a Derby Country player on FIFA 15 as it stands.

Has EA simply forgotten about this player and that he should be back in Liverpool’s squad? On top of that, there’s now the argument that he deserves a much better rating than the 67 card that he currently has at the moment.

A 70 card would be fair in our opinion, but then again EA are pretty strict when it comes to upgrading players – we haven’t seen enough of Ibe perhaps.

What we do want to see though is a Jordon Ibe FIFA 15 update which acquires the official face of the player. Right now, it’s not in the game as you can see from our images above.

Are you surprised that Ibe is still playing for Derby County and not Liverpool?