We are building up to the FIFA 16 UK cover star being announced, with EA now revealing the candidates who will join Lionel Messi on the FIFA 16 UK box art.

We can tell you that the four players up for consideration are Tottenham’s Harry Kane, Man City’s Sergio Aguero, Chelsea FC keeper Thibaut Courtois and Liverpool’s Jordan Henderson.

Right now, Jordan Henderson is actually in the lead and is winning the vote on social media. EA has started a campaign, allowing fans to register several votes depending on the level of interaction they want to opt in for.

For example, you can cast a vote once a day for the four players, but you can also get extra vote points by sharing your vote on Twitter – as you can see from the image above.

Henderson himself has already shown his enthusiasm for the project – imagine seeing him on the cover alongside Messi, would you like to see this happening? 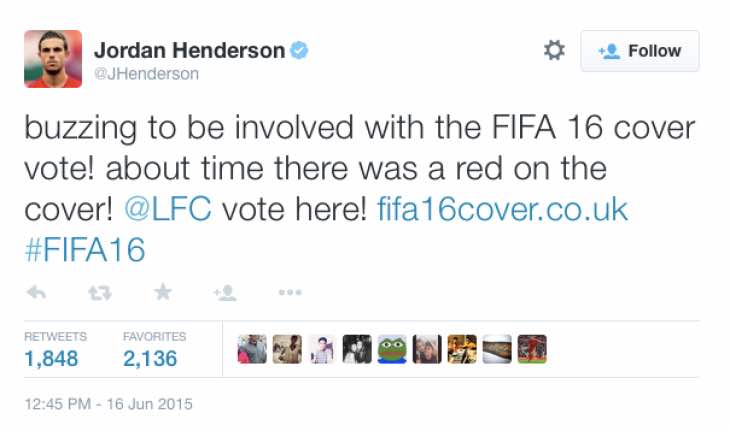 If the votes continue as they are, this is what will happen. EA has said that the voting will end on July 5, 2015 so there’s plenty of time to get your votes in before the final choice is announced.

Do you want to see Henderson on the FIFA 16 UK cover?