If you have not been keeping an eye on the FIFA 16 player ratings this week, we can tell you that there is going to be some shocks in store.

Right now, one of the biggest talking points that we can see on social media, is over EA’s decision to give Liverpool FC captain Jordan Henderson a 79 rating in the game.

This is despite Henderson having a good season for Liverpool and perhaps more importantly, given the fact that Henderson has been selected as the official FIFA 16 UK cover star joining Lionel Messi. 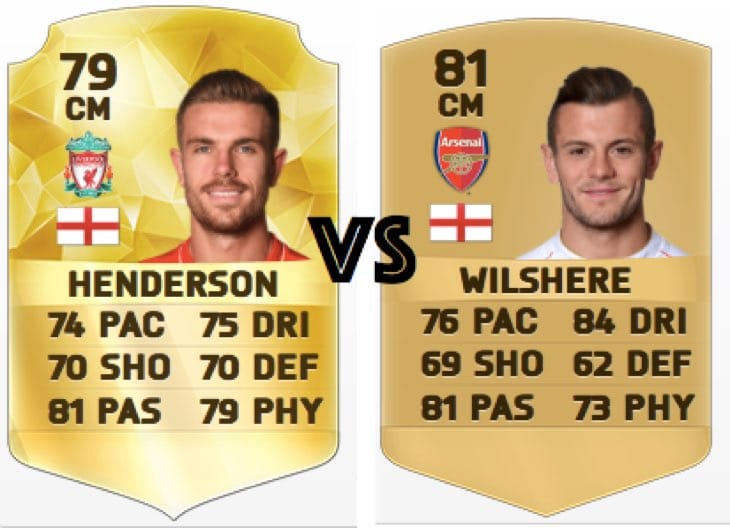 A 79 rating seems very harsh in our opinion, especially seeing other ratings for players such as an 81 for Jack Wilshere and an 80 for James McCarthy.

Even Ryan Shawcross and Ashley Williams have better ratings with an 80 than Henderson, so EA may need to review this in time for the FIFA 16 Winter upgrades.

At the moment many Liverpool fans are not happy with the rating, so give us your thoughts on this below. Do you think a Henderson 79 and a Wilshere 81 rating is fair game, or has EA got it completely wrong this time?