Ed Boon has just teased something potentially amazing for Mortal Kombat X. With social media now currently in Jean Claude Van Damme fever after that dance, how would you like to see the legendary actor in Mortal Kombat X as a skin for Johnny Cage?

You may have forgotten that in the very first Mortal Kombat game, Johnny Cage was actually based off Van Damme who was at the time in his prime after the first Kickboxer movie.

Now, fans may be getting their long lost dream revived after all. Just take a look at the latest Tweet left by co-creator Ed Boon on his Twitter account. 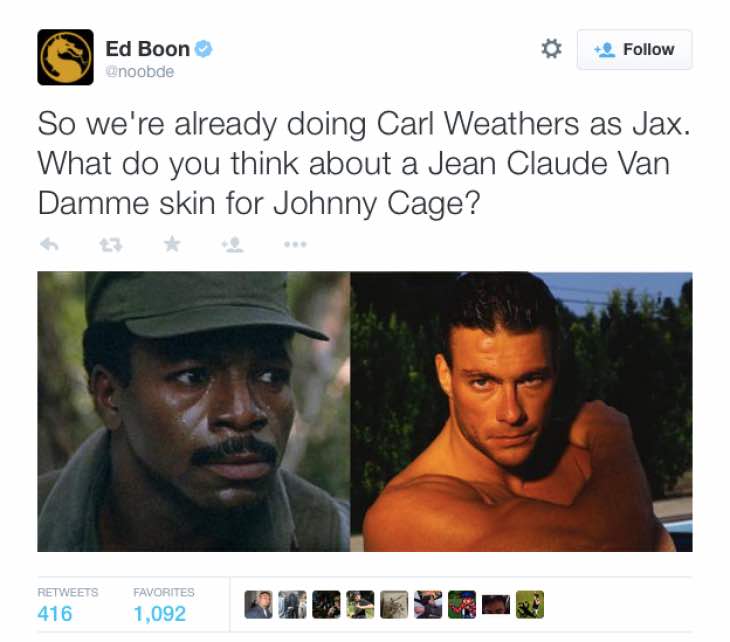 Considering that Carl Weathers from Predator is already adding his likeness to Jax, we can definitely see a similar move happening for a Jean Claude Van Damme Johnny Cage skin for Mortal Kombat X.

Ed Boon wouldn’t Tweet it if there wasn’t already some discussing ongoing, so hopefully this is already in the planning stages. It would be frankly amazing if they can put Van Damme into MKX as Johnny Cage.

It’s a shame there’s no way to get that dance into the game too though, or is there?