JD Sports has updated its iOS app to fully support Apple Pay, which means you will now be able to purchase items within the JD Sports app just by using Touch ID, as long as you have set up a debit or credit card within Apple Pay. This is done within the Passbook app, which went live this morning.

When you use Apple Pay in store you have a £20 spend limit, which is not good if buying a replica football strip. However, this is not an issue if you want to buy the Manchester United kit 2015/16 via the JD Sports iOS app, as there is no such limit. 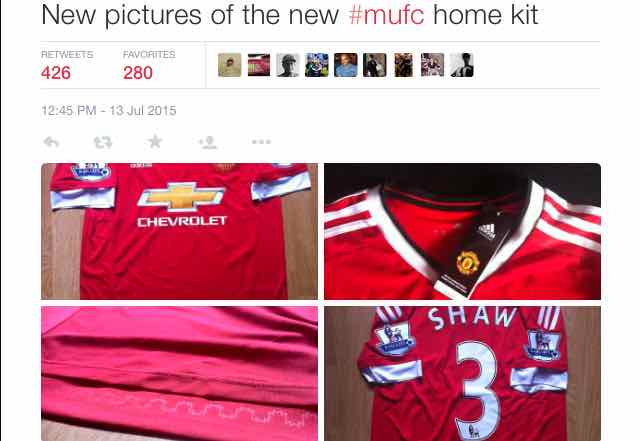 Sales of the Man-United 2015/16 football kit is expected to be large and so it made sense for JD Sports to update its app today in preparation of what will be one of their busiest sale periods.

It will not just be Man-U that will prove popular, as other 2015/16 football strips that will sell in high numbers are Arsenal, Liverpool, Manchester, Chelsea, Everton, Newcastle United, Tottenham, West Ham to name a few.

While most of the teams in the Premier League have already announced their strips for the coming season, Manchester United is keeping its fans waiting another couple of weeks. Having said that, it would seem as though the new Man U strip has been http://www.manchestereveningnews.co.uk/sport/football/football-news/manchester-united-kit-2015-16-adidas-9648557“>leaked early on Twitter, but what do you think if its new design?