For those of you that are sick of waiting for news of when the Jawbone Up3 will finally be available for pre-order, the company has announced two new fitness trackers, the Up4 and Up2. Some may wonder why launch two new models when there has been a long delay on one of its other models, although it is better to have more choice.

The Up4 is a bit of a strange one because it is very similar to the Up3, although it does include NFC. The Up2 is a direct replacement for the Up24, which was released back in 2013, so was in need of an update.

We have to admire the design of the Up2, as Jawbone has certainly some style to its device, although it does look very similar to the Up3, which isn’t a bad thing. This is very sleek and oozes style, and so those of you into your fitness will not feel as though you are carrying something ugly around while trying to maintain good health. 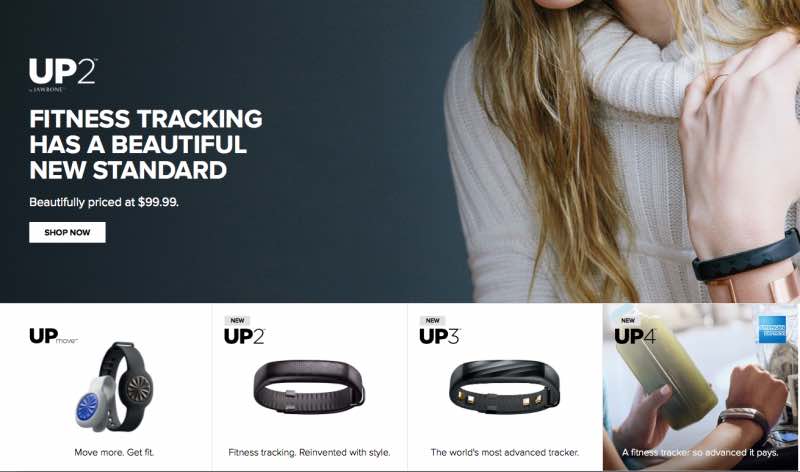 There are two color options, these are black or light grey and costs $99.99. We have yet to learn its release date, as Jawbone states that it is coming soon.

Like we said above, the Up4 is pretty much the same as the Up3, although with that addition of NFC for making mobile payments, perfect for grabbing a smoothie while on the go. With this being the case you can look at the Up3 video below to gain more insight.

As for price, Jawbone is not letting anything away, not even with its release date. However, they do invite you to sign-up to learn when it will become available.