We can see that the January Transfer rumors are heating up once again as clubs in the Premier League look to strengthen ahead of a renewed push in 2016.

One rumor that we keep seeing on social media is a surprising one – Jamie Vardy to Liverpool FC with suggestions that LFC are willing to spend £15m to bring one of the hottest new English prospects to the club.

With this in mind, we wanted to have some fun with this and show you what it looks like to visualize Jamie Vardy in a Liverpool shirt. 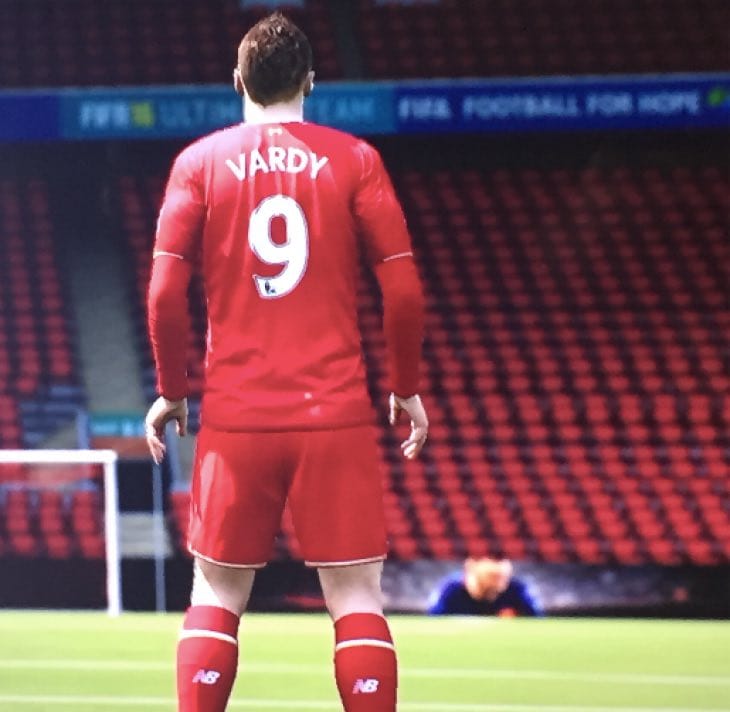 We can do this thanks to the FIFA 16 engine and you can see the results above – what do you think? Many are calling this a ridiculous rumor that will never happen, while others are saying that he would still be a better option than Daniel Sturridge who is always injured.

Either way, it will be interesting to see if there are any further developments on this rumor. If you do manage to get Jamie Vardy in a pack though on FIFA 16 Ultimate Team, you should probably consider selling as currently he goes for over 8,000 coins which is amazing for a 71 Silver card.

What are your thoughts on Vardy to Liverpool – would you back this transfer or not? Let us know what other transfers you would love to see happen in the January transfer window which EA will then put into the FUT system.