Just to remind you, Rodriguez scored an amazing goal during the 2014 FIFA World Cup in Brazil. Now, FIFA has officially voted it as the goal of 2014 and now we can bring football fans an added bonus. 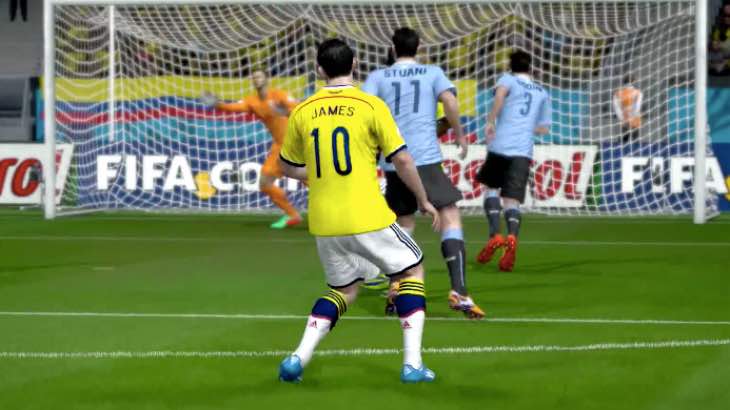 Out of the two videos, it’s clear that the first one is more polished. The added English commentary makes it all the more special, although it’s a shame that we don’t see a direct volley like the real goal – only a half volley.

It’s still great editing though nevertheless and we are sure you’ll appreciate it when you wake up to the news about the Puskas winner.

Do you agree that this was one of the best goals that you have ever seen and a worthy winner?