We are closing in on the January transfer window opening for the Premier League and it is an exciting time for FIFA 17 players who are saving up all of their coins in preparation for when players make big moves across Europe to different clubs.

This time, there is a lot of buzz surrounding a big money move for a James Rodriguez transfer to Man Utd from Real Madrid. FIFA 17 PL teams with the likes of Pogba and Ibrahimovic already have amazing chemistry links, but what about adding Rodriguez into the mix as one of the best CAMs in the league?

At the moment, Rodriguez is an 87 rated player in the game with some amazing stats such as 85 for shooting, 85 for dribble and even 85 for passing as well. 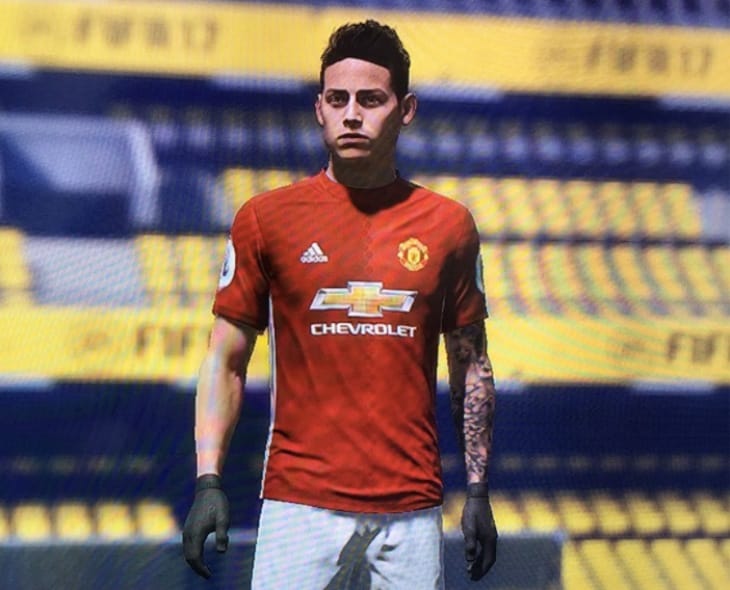 He would fit in well in Manchester United’s squad and he would look pretty good on FIFA 17 as well if Rodriguez was to wear the Man Utd shirt.

You can enjoy some preview images of that here and tell us below if you think this is a transfer that will happen. EA will be updating FIFA 17 early next year with both the FUT 17 Winter Upgrades and then all of the January transfers as they happen.

Would you like to see James Rodriguez in the Premier League?