It’s time for another Team of the Week from EA for FIFA 15 players. The new FIFA 15 Team of the Week lineup has been confirmed and there’s some expected names in there such as Real Madrid’s James Rodriguez, but some surprises too.

Southampton FC has been the surprise team in the Premiership so far, almost ironic after everyone did not give them a chance after losing their so called best players to Liverpool.

As a result, EA has picked out Southampton midfielder Victor Wanyama, who takes his place in midfield alongside Rodriguez and Wolfsberg player Ivan PeriÅ¡iÄ‡. 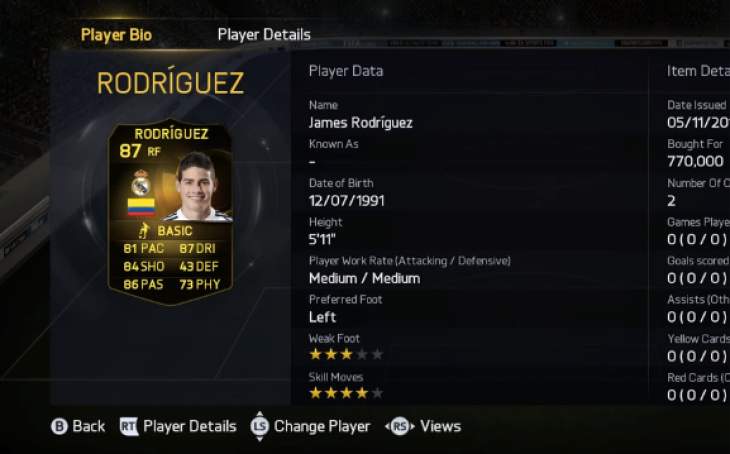 Looking at Rodriguez specifically though, we’ve seen that one player has already decided to blow 770,000 coins to buy the new James Rodriguez In-form 87 card from the FIFA 15 Transfer Market.

However, he isn’t entirely happy with his purchase though as you’ll see in the video below. Thousands of viewers have also called Rodriguez an ‘overrated’ player, but others have said that the player using him in question just doesn’t have enough skill.

Watch the video and you’ll see some gameplay evidence of the new Rodriguez card in action. Is it worth 770,000 coins in your opinion or do you agree that this player is ‘overrated’ as some say?

Let us know if you have also picked up this card, especially if you have been lucky enough to get it out of a pack opening rather than from the Transfer Market.