There could be a massive shock this week for FIFA 17 players on the Web App, as EA could be giving James Milner his first in-form card of the season – at left back.

If you have been watching Liverpool destroy teams so far in the Premiership, you’ll know that James Milner has been used at left back, which is a highly unusual position change from his normal midfield role.

However it’s now looking like a stroke of genius by manager Jurgen Klopp and after scoring two penalties in a starring role it should see EA make the decision to give him a left back card. 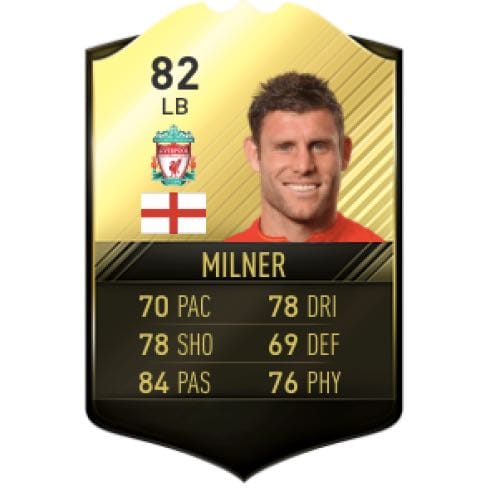 This is going to be crazy for FIFA players, as they now have the option of using Milner at LB instead of Alberto Moreno. We only usually see position changes later on in the season with special cards, but EA may be forced to do it early.

We will bring you full TOTW 2 predictions soon for FIFA 17 but we expect Milner LB in-form to be one of the first names on the team sheet.

Are you excited about this? Let us know your thoughts on this shocking new card below – should EA make it happen?