EA has produced another shock for FIFA 17 fans and it could set a very exciting precedent in terms of how in-form card ratings will pan out over the course of the season.

Typically in FIFA 16, if a player received an in-form card and they were an 80 rating for above, the in-form card would only represent an overall increase of +1 on the new card going forward.

This was to make space for the likes of future in-form cards and also TOTS and TOTY cards later on. However EA is trying something new this year, as we’ve just seen Liverpool ‘left back’ James Milner receive a whopping +3 rating from an 81 to an 84 with a single in-form card for TOTW 2. 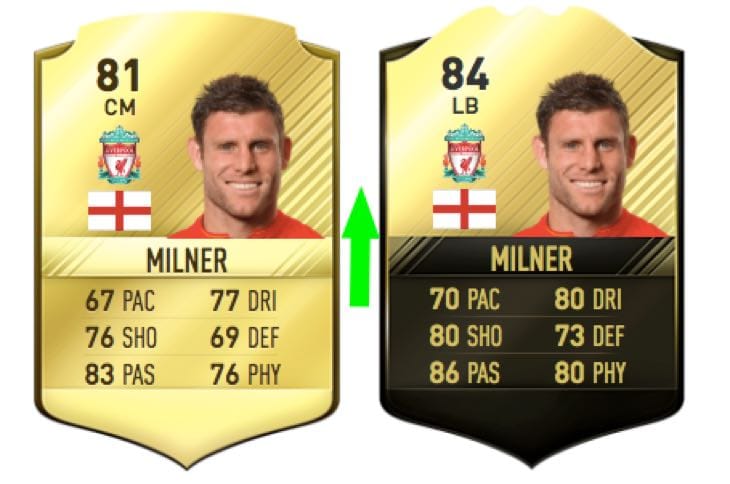 FIFA fans will tell you that this is a game changer as we often don’t see EA issue massive upgrades like this for in-form cards.

Liverpool fans won’t be complaining of course and it now means Milner is the third highest rated player at the club behind Coutinho and Sturridge.

Are you shocked about this huge upgrade? It bodes well for the likes of Emre Can if he can get an in-form card, as it will mean a big boost in ratings too.

For those buying this straight away today, leave your James Milner 84 LB review below!