Over the past few months a number of well known items have been going to auction, these include the Apple-1 (the first Apple computer), Darth Vader’s costume, John Lennon’s fingerprints and James Bond’s DB5. Sticking with 007, the gun that was held by Sean Connery has fetched $415,875 at auction.

The gun replica was used to promote the movie From Russia With Love, and was used in the posters only. The gun got much more than Christie’s London auction house had thought, expecting in the region of $22,500-$30,000 — not bad at all for a prop. 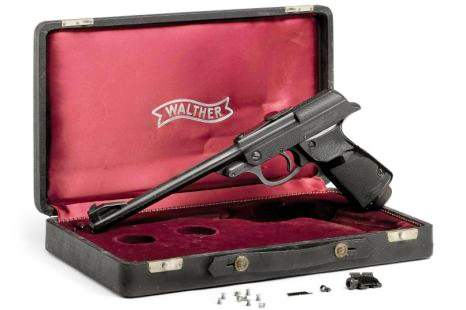 That means that the gun fetched 10 times the expected amount, no details were given about the bidder, Female First says that they must want to stay anonymous — not sure why that is.

The replica gun is based on a Walther Ppk semi-automatic, and was owned by the photographer who took the publicity shots from the James Bond movie. What with the DB5 and other such memorable, it shows that our favorite secret agent is still very popular.