Jaguar has been making a few changes to its range in terms of pricing, as a way to bring in new sales from a younger generation. However, we can already see that there will be no Jaguar F-Type price drop, although the company still has an incentive to increase sales of this popular model.

Don’t let the lack of Jaguar F-Type price cut put you off because even though other models from Jaguar come with a new lower starting price, the F-Type now comes with extra features as standard. 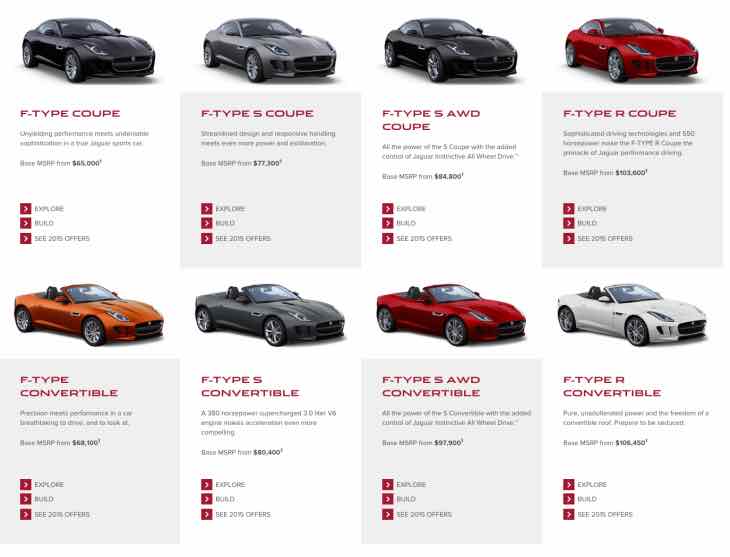 It is the hope that these price cuts for the the redesigned XF of around $5,275, which will now start at $52,895 will also help change the fortunes of Jaguar in the Untied States. For years its vehicles have not be well received stateside, but the company has gone through a major transformation. Part of this has been helped by the aggressive looking F-Type, which comes in 8 different variants for US customers.

That’s not all, as the F-Pace will also be added to the new 2015 Jaguar lineup, which will be showcased at the Frankfurt Motor Show later this month.

Has your perception of Jaguar changed, and if so what has been the biggest factor for its transformation?