It was at the 2013 Frankfurt Motor Show that the Jaguar C-X17 SUV was unveiled, although there was a leak a few days before the event took place. It was great to see that Jaguar showed its intent into what would be its first entry into the lucrative SUV market, so what do we know 6 months on?

We can tell you that development is going very well and the Jaguar C-X17 SUV looks set to take on the Porsche Macan in 2016, which means we can expect to see the new off-road vehicle in car showrooms sometime in 2016, although no specific date has been mentioned.

Even though the C-X17 shares some of the same aluminum architecture as the XE, we can’t help notice how similar it is to the Range Rover Evoque, which isn’t a surprise considering they are part of the same company. 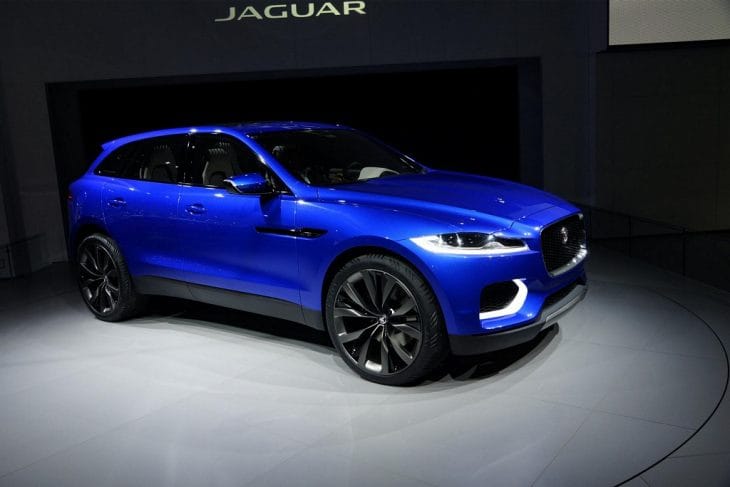 Having said that, on paper the first Jaguar SUV will be far better than the Evoque, well it has to be in order to take on the Porsche Macan, which will be no simple challenge.

Autocar says the production version will be larger than the concept, and so it ends up being larger in every way compared to the Evoque, which is a very good thing indeed.

Jaguar is not silly though because they need to keep close ties with Land Rover when it comes to various aspects of this upcoming SUV, such as the powertrain. The range of Ingenium four-cylinder petrol engines from Land Rover, along with a diesel unit, will power the Jaguar C-X17 SUV as well.

The Jaguar C-X17 SUV is expected to have a top speed of 188 mph, although that will be for the most powerful engine in the range. The most frugal will have emissions as low as 99g/km, which isn’t bad at all for an SUV.

How do you think the first Jaguar SUV will compare to the likes of the Porsche Macan?