Back in November we were sent the Jabra Sport Rox Wireless Ear Buds, and have finally managed to publish our hands-on review. From the outset we were very impressed with the packaging and overall design, although it is not all about presentation or looks.

We would first like to say a huge thanks to the good people at Jabra for sending us these to review, and we very much hope that they perform as good as they look. These are the next level in the Rox line and are wireless, and one of the coolest features is its construction, as it is made from metal and plastic, which adds to its strength. They feel durable, but what makes them stand out from other headphones in this range is how they are water resistant, dustproof and overall weather resistant. 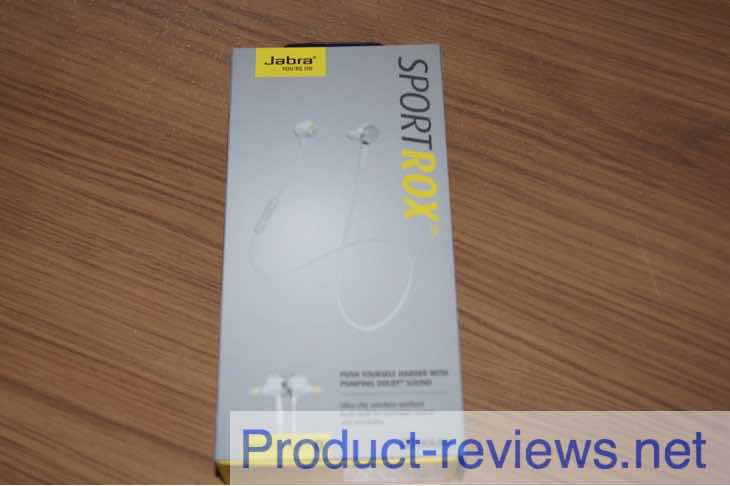 This means you have no excuses when getting out there to get fit, as you will always have music to listen to thanks to it being almost military grade in terms of its resistance to weather. They come with different wings and ear buds, so you should be able to find the right fit for you. Because they are for sport they would be more prone to becoming loose, and so Jabra has done a lot of work to make certain that you get a nice tight fit, although not too much that it becomes uncomfortable. 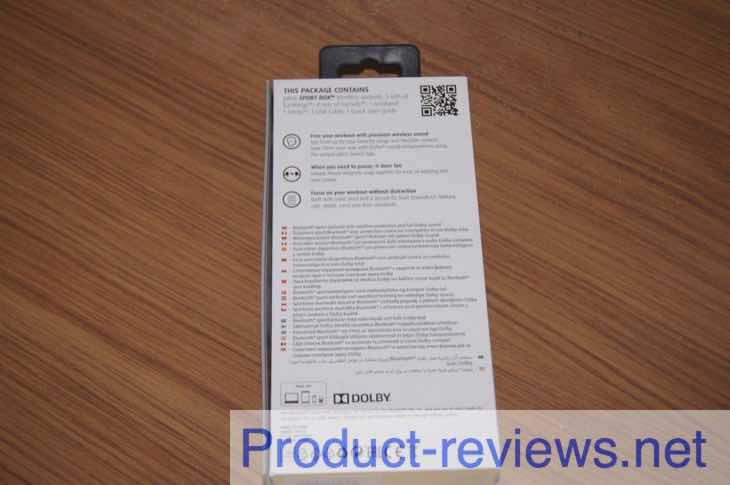 We really do love the sleek design and the fact that the only cord is the small piece that holds the two small speakers to one another, meaning nothing will get in your way while you work on your fitness. There is no fear about missing a call either because you can answer a phone call, or with Jabra’s patented HD technology, the quality is certainly impressive. 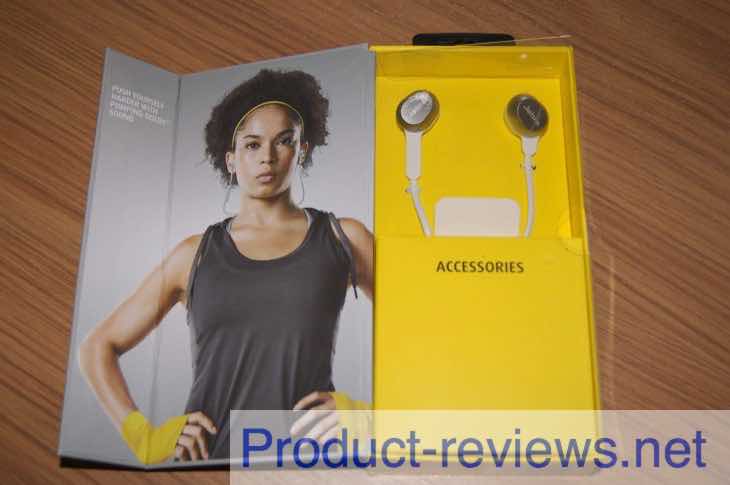 Before taking a closer look, you might want to know about one of its very cool features, and that is standby mode. Many headphones of this type can be a bit of a pain when you no longer need to use them, but this cool feature on these Jabra Sport Rox wireless ear buds means you only have to place the two metal pieces together for it to enter standby so that you do not consume battery power. And all you need to do is part both ear buds and you are ready to go once again. 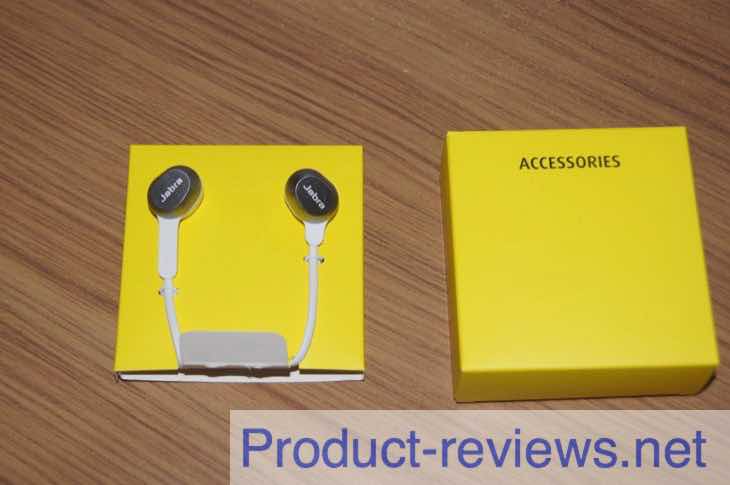 I first tried to wear the Rox Wireless headphones without the supportive wings, but did find that they would often try to work lose while putting a bit more effort into running, so decided to fit the wings, which were surprisingly comfortable to wear. I did notice that you have to push them in pretty far to the ear canals in order to get a more fulfilling sound, although there were times when I often got too engrossed in the music and not my surroundings, and so just remember to keep an eye on what is going on around you. 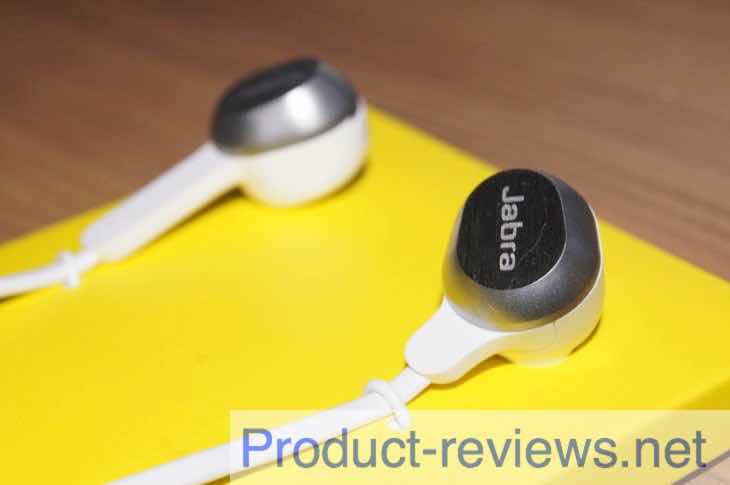 Oh, I forgot to mention about the paring process seeing as it was so simple. There was no need to enter a code, you just turn Bluetooth on and your device, in my case the iPhone 6 found the ear buds and was ready to rock and roll thanks to it having NFC built-in. 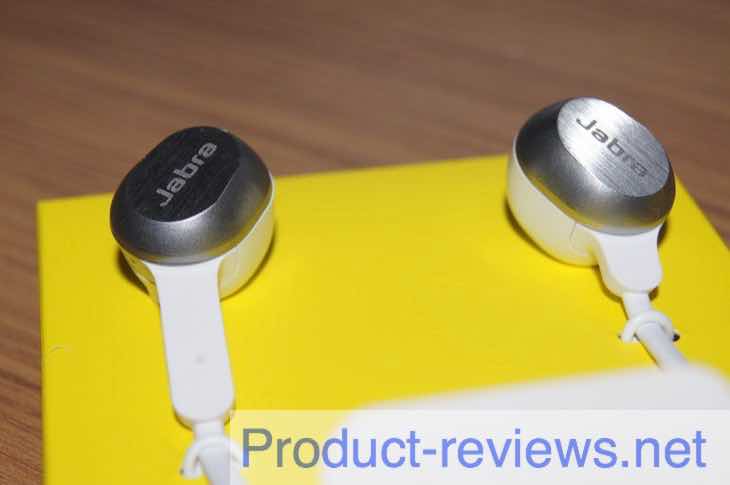 It did not seem to matter how long I was out jogging for, the ear buds never hurt once, which is rather impressive. Having said that, it could become more of an issue in warmer environments, but I would not know about that seeing as though it was rather cold in the South of England at the time of testing these bad boys out. 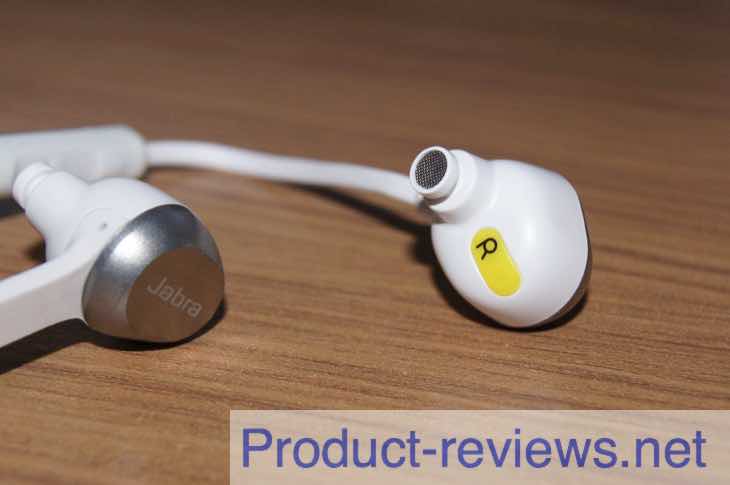 The battery life was around 6 hours of continuous use, and so more than enough for any workout. Charging them is pretty cool seeing as though you just remove the metal cover from the ear bud that has the light, which is where you then plug the charging cable in. Charging is pretty fast, so you won’t be without your Sport Rox Wireless Buds for too long. 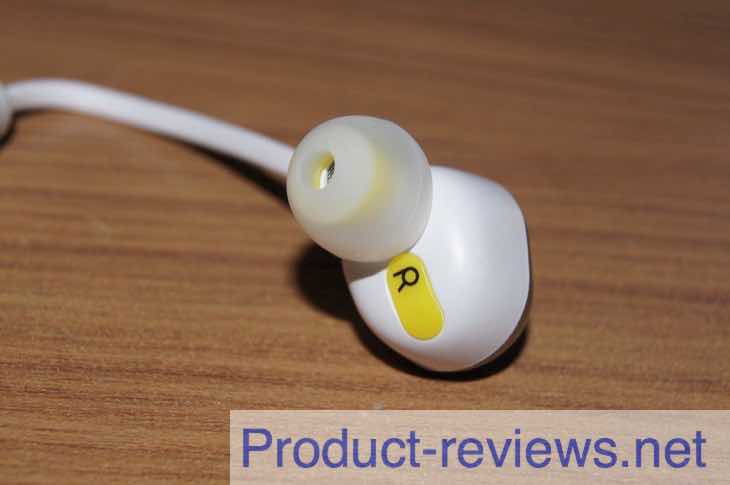 As for the sound quality, it can often be a little tinny, and so you need to make sure you have the right ear wings or rubber buds fitted. However, we did find that installing the Dolby Digital Plus app helped to beef up the sound. Having said that, you will notice that battery life will be reduced by several minutes. 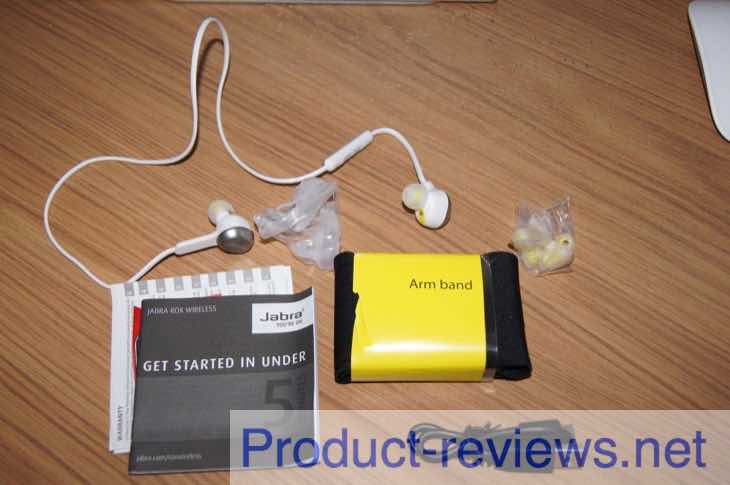 There are a few things that could do with being improved, and the first is that they are still a bit on the heavy side at 17 grams when compared to 12 for the Vox. The Ear wings do ensure a good fit, but do take a bit of getting used to, and so will take a few tries until you get the correct size and placed correctly in your ears. The only other issue is that the wire could do with being just a little longer, as can be a little awkward when you want to remove them from your ear and place together for standby mode, if you need to take a rest from listening to music, although not wanting to stop your workout. 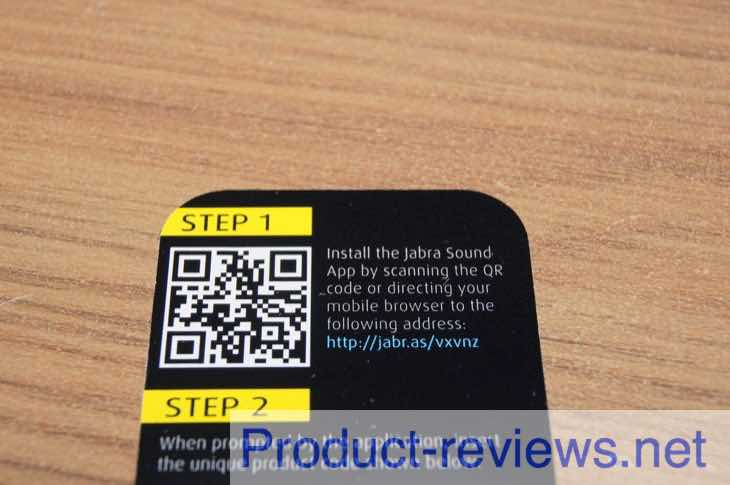 What’s in the box — The headphones, protective bag/arm band, ear wings and ear gel pack, as well as the USB charger and a special code to download and install the Dolby Digital Plus app.

The price of the Jabra Sport Rox Wireless Premium Wireless Earbuds, are £129.99 more details of which can be found on the Jabra UK website.