We know with certainty that Apple is to reveal its plans for OS X 10.10 at its WWDC event on June 2nd, 2014, and will most likely offer a brief glimpse of iOS 8, such as the new Healthbook application. There is also a good chance that we will get to see new hardware at the event, even though some people believe this not to be true.

If someone even suggests to you that WWDC is always about software and not hardware, then you need to give them a history lesson, as the iPhone 3G, 3GS, 13-inch MacBook Pro, iPhone 4 and even the MacBook Pro with Retina display were all unveiled during WWDC over the years.

Most likely hardware at WWDC 2014 — We don’t expect a new MacBook Air, as that has just seen a minor update, and we do not expect to see Apple update its MacBook Pro until later this year, possibly later to offer a Broadwell chip.

There is a possibility that a new Mac mini 2014 refresh will make an appearance, but with a lack of rumors, this does seem highly unlikely. 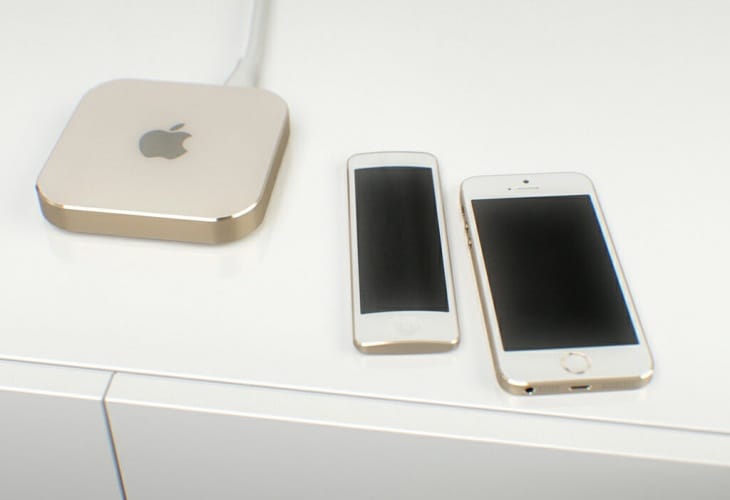 iWatch vs. Apple TV — The most likely hardware to be seen at WWDC 2014 is either the iWatch or Apple TV. There have been many rumors to suggest that both these devices could be unveiled next month.

However, if we were to put our money where our mouth is, we would have to back the Apple TV 4th generation. This is because Apple has only recently put its team together for a wearable device and so seeing it at WWDC might be pushing it. However, Apple could show us its vision as to what the iWatch will be about.

As for the Apple TV 4G, this is a very likely device to see unveiled next month, and even though there does seem to be a lack of evidence, we do know Apple has to up its game seeing as though the Amazon Fire TV now has far more to offer. Okay, so we know that Apple TV still has more content, but it lacks in one key area, gaming.

What device do you think is more likely to be seen at WWDC 2014, the iWatch or an Apple TV update?