What if an iWatch could do everything the potential iPod touch 6th generation could do? This is the question some people are considering as we move closer to finding out if we’ll end up seeing just the iWatch, or even an iPod touch 6G being given a 2014 release date as well.

It’s unlikely we’ll find out about the new iPads and any possible iPod touch 6G until October, and this is thanks to that month featuring a separate event for iPads and other Apple products. It’s unsure whether the rumored iWatch will showcase along side the iPhone 6 models, or with the iPads in October.

If Apple want to help these new smart watches sell, you’d expect tight integration with the iPhone 6 and other models, so it makes sense to showcase them in September next to the new iPhones. 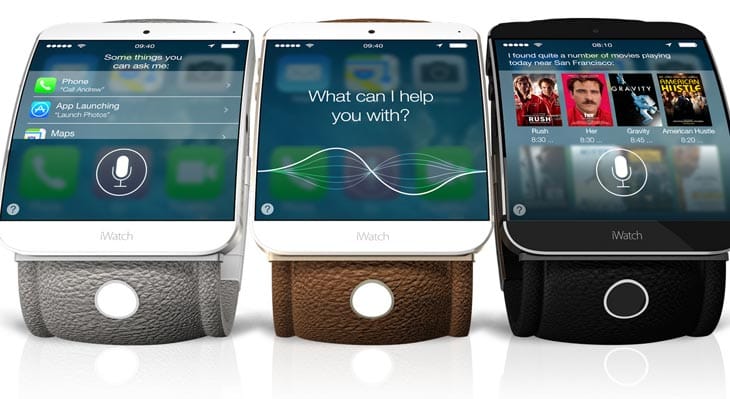 iWatch versus iPod touch 6G size – the concept design above reveals one example of how the new iWatch could look in a variety of colors, and of course different displays possible with almost unlimited information like you’d see on an iPod touch or iPhone.

The display looks like a squashed iPod touch in this concept, but then we could say the iPad looks like an oversized iPod or iPhone. This is why the very idea of an iWatch replacing the iPod touch could come down to screen size, or at the very least what people use the device for.

Those of you wanting to watch movies wouldn’t find the iWatch useful, even if it could play a movie, but an upgraded iPod touch 6 would certainly be the release you’d be after in this situation. If you play music, make Wi-Fi calls, browser the web, use an iPod as your alarm clock and for time, then the iWatch could potentially replace an iPod touch.

If the iWatch replaces the iPod touch 6G product launch in 2014, would you consider purchasing in iWatch instead? Obviously, the iPod wouldn’t be discontinued anytime soon, but we could end up seeing the final generation in late 2015 if not this year.

Personally, we see how an iWatch could replace many of the iPods tasks but we find it hard not to desire a 5-inch+ iPod touch 6G this year. We’re also not alone, and the very idea of having a bigger display not as big as the 7.9-inch iPad mini seems crucial. With this in-mind, it seems almost impossible for Apple to replace the iPod touch without forcing people to buy an iPhone, which is out of the question for many of Product Reviews readers.

There’s obviously the question of budget as well, and some of you might only have the money for either an iWatch or new iPod touch 6G. Again, Apple might know this as well and decided to only refresh the iPod touch earlier this year and focus all the attention on iPhone 6, new iPads, and the rumored iWatch. Let us know what you want from the September and October Apple events in the comments.