The Apple iWatch will finally gain a release date in 2014 after being rumored for a couple of years, although its production window seems to have joined the same timeframe as iPhone 6. It is obvious the iWatch will be targeting new iPhone 6 owners at the end of this year, but seeing rumors stating that mass production will start for iWatch in July surprises us a little when you think about the demand Apple’s suppliers will be under.

We’ve seen Apple make the mistake of stretching itself too far in the past and when they moved the new iPhone launch event to September, it then joined new iPads around the same time. Now, we could be looking at the first generation iWatch launch next to a new iPhone 6, then around one month after that we’d likely see an iPad Air 2 along with iPad mini 3. 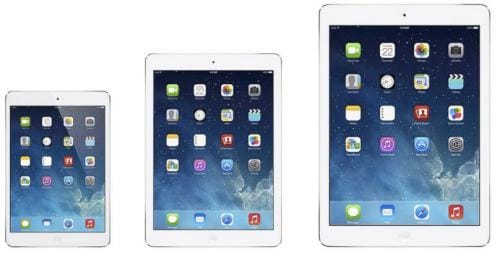 This is a lot of products launching in a very small space of time, and while Apple is a big brand with lots of cash, we do wonder if their supply and customer service could handle such demand all at the same time? Not to mention if a few things went wrong, it would make fixing them even harder under certain conditions.

Do you think Apple is pushing too many new products towards the fall launch window? It might be a good idea to bring the iPhone launch event back to WWDC, like we saw with many generations of iPhone in the past.

Whatever happens, the iWatch will be the perfect companion for iPhone owners in a similar way to you’ve seen with Android smartphones and smart watches. With this in-mind, it looks like both the iWatch and iPhone 6 will need to launch together, especially if there’s new features helping these products work well together along with iOS 8.

Get ready to hear a lot more from supply lines in the coming weeks for not only iWatch, but also production of new iPads and iPhone 6.