It is not like Apple to give up on a fight, and we know the iWatch name has been featuring in most articles surrounding rumors of a smartwatch by Apple. There’s good reason for this, which includes the fact that a few patent filings have been made by Apple with the iWatch in the naming, although today we hear about problems with getting that trademark and of course another iWatch patent application that’s in Korea this time.

We have seen a few reports this year claiming that Apple might not get the iWatch trademark, but an article on Patently Apple couldn’t disagree more with this possibility. They highlight a number of companies managing to get the “iMac” name in their trademarks, as seen in the image below, and point out that the iWatch name could easily be given to Apple considering how it will be used for “a much wider context” than just telling you the time. 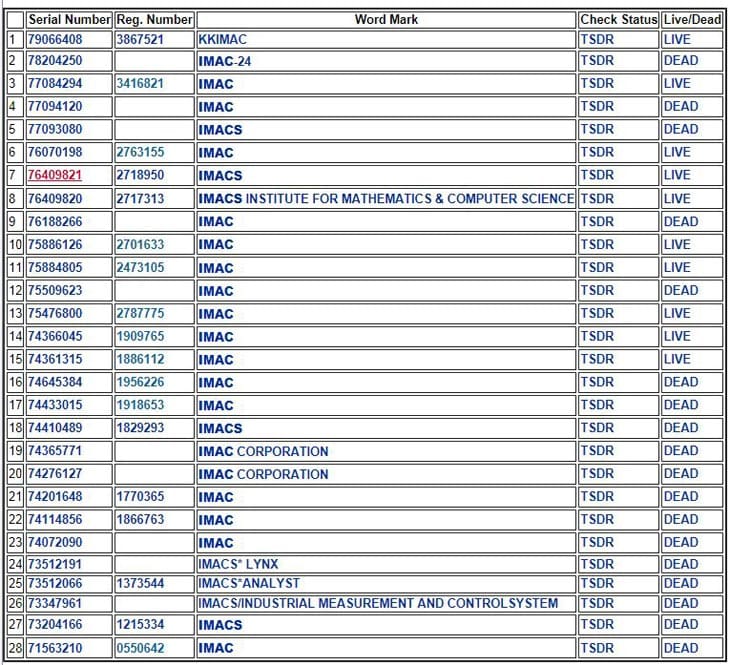 The problems touched upon in the Patently Apple article focus on news published by Bloomberg, which saw a report claiming that Swatch Group AG didn’t like how close the iWatch name would be to their iSwatch trademark. It should be noted that 22 companies already have the iWatch trademark registered in Europe, so this would only confuse some people as to why the world’s biggest watchmaker would take “action against Apple”.

Do you think Apple will get the iWatch trademark without any problems? What do you want to see in the form of iWatch features?

Other rumors about the so-called iWatch include a price debate that could mean 2 models release, and how Apple will need to balance price and features when launching an iWatch, unless they believe the iPhone will drive enough success.