Last month the iTunes 10.5 update went live allowing users to get the latest version of the service which brought many new features. One new feature that became a mystery however was iTunes Match. Many people who updated complained that it wasn’t working only to find out that version 10.5.1 was needed in order for it to become accessible.

The iTunes Match service was expected to be released at the end of October in the US and a little later for those in Europe and other countries, but it seems that everyone is still waiting as the 10.5.1 version still hasn’t showed up. While no reason for a delay has been explained as of yet, Apple appear to still be testing the service as they have just released a beta 2 build.

According to BGR reports, the beta 2 went live yesterday, reportedly available to developers for testing on Apple TV, bringing several changes including important performance and stability improvements. iTunes Match allows users to store everything from their iTunes Library in iCloud so they can use the media from it not only on their Apple TV but their computer, iPod Touch, iPad and iPhone anytime, anywhere all for just $25 a year.

The iTunes 10.5 and iOS 5 updates have been receiving great reviews despite the mysterious iTunes Match. The changes include being able to sync any of their devices with iOS 5 to their iTunes account via Wi-Fi, iCloud which lets users store all their purchases in the cloud and being able to purchase an item from any iOS 5 device or computer and download it automatically. What do you think of the changes? Have you had any problems? When do you think the iTunes Match 10.5.1 update will become available? 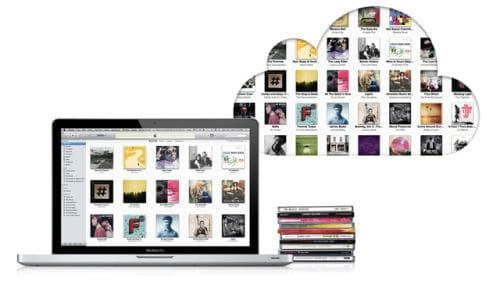