Update for December 7, 2016: Today’s iTunes deal in its countdown to Christmas is the movie Nativity 3: Dude, Where’s My Donkey?! which can be bought in HD for just £3.99.

Even though it is highly unlikely that Apple will have a 12 Days of Christmas for 2016, the company has launched something very different today called iTunes Countdown to Christmas. 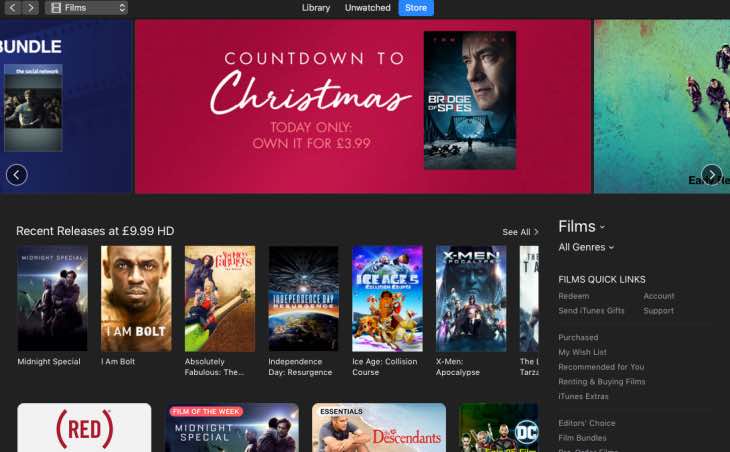 We received an email today saying “Your Countdown to Christmas Starts Now”, although try not to get too excited. This is because you will not be getting anything for free, but just at a reduced rate.

So what is it? To explain it as simply as possible, you will see 24 Movies showing up over 24 Days, but you only have 24 Hours in which to take advantage of the deal. Today’s deal is the movie Inside Out, where you pay just £3.99 and that’s in HD, which is a pretty good deal.

What we do not know is what other movies will be reduced this month during this Holiday Season incentive.

Ok, so we know that you are disappointed because Apple is not giving anything away for free, but what did you expect after the dismal Apple Black Friday sales – a free voucher?