If you are wondering what has happened to the missing iTunes 11 software update that Apple promised recently at their iPhone 5 event, you’ll be pleased to hear that we have an important update regarding that to share with you.

Unfortunately though, it’s mixed news as Apple has made a rare public statement by telling consumers that iTunes 11 isn’t ready for download yet, with consumers now having to wait until the end of November for it, when it was originally due to drop this month.

Anticipation for iTunes 11 compared to previous versions of the popular media software was arguably the biggest yet, since Apple announced during the iPhone 5 event that iTunes 11 would come with a redesigned user interface and other design improvements to add some similarities with the existing iTunes for mobile devices on iOS.

Other features that were thought to be on the way included deeper iCloud integration, but we didn’t get the expected iTunes 11 showing at the iPad mini event, which took many consumers by surprise. While a public statement about the delay is nice, there isn’t any actual sign of what issue has caused the company to delay the software. 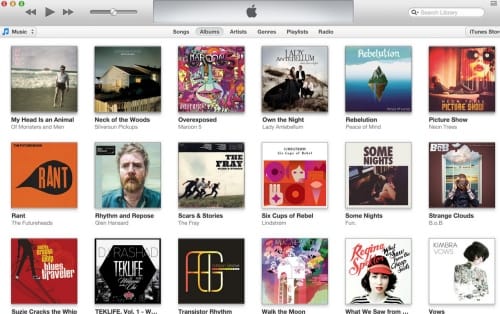 As most consumers will be aware, Apple products are rarely delayed and it usually takes something serious for Apple to have to publicly come out and inform consumers about it. We had the recent omission from Tim Cook himself on how Maps within iOS 6 isn’t performing to the company’s high standard at the moment and it will be interesting to see if there is any link between the two issues.

On the other hand, another month of development time could be viewed as a major positive for Apple fans as it means that iTunes 11 is going to be even better and of a higher standard than if they perhaps rushed a release. It has been a long two years though since iTunes 10 arrived, so consumers are definitely eager to see what else iTunes 11 has to offer besides a new interface.

To give you an initial reminder of the first introduction to iTunes 11 at the iPhone 5 event, we’ve added the video from the September keynote below. If you are a big fan of iTunes and look forward to each release, let us know your thoughts on the delay and whether it can be viewed as a positive or not.